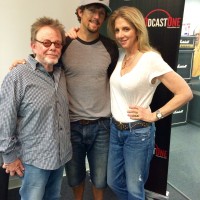 For all of you Gratitude and Trust followers this is the ultimate Gratitude and Trust Podcast. Grammy winning, international singing star Jason Mraz spends an hour with us and reads each of the Six Affirmations and interprets them in his own way. A true treat for those who follow the affirmations and a wonderful introduction for those who don’t. Jason Mraz is not only an extraordinary talent he is a true example of living life in gratitude and trust. Take… Read More 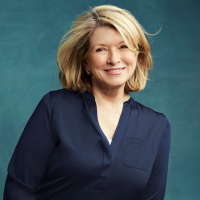 Today Martha Stewart is coming out with her 85th book. Yes, 85 books. For those of you who don’t write books that may not seem like such a big number. But it is huge!  Enormous.  On top of which she runs a giant company, publishes a magazine, is a social media phenom, runs three homes and is philanthropic.  We were very lucky to get to talk to her about life, living it well, getting through the tough times and realizing… Read More

Super star.  The man who turned the study of science fun and hip. The astrophysicist who is a rock star.  Neil deGrasse Tyson is our guest on The Paul Williams and Tracey Jackson Show today. You will learn things you never thought you cared about knowing. And then you will want to learn more.   And after you have listened to this – go listen to Neil’s podcast Star Talk. 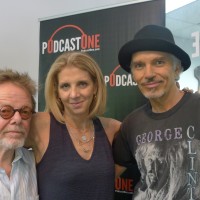 You know Billy Bob Thornton  from Sling Blade, Monsters Ball, Bad Santa, heck, he’s  made 84 films, we  can’t list them all.   He had a super famous marriage. But we do not discuss that.  So don’t go in thinking you will hear love life tales. He started out as a musician and is now the lead in a group called The Boxmasters. He has great stories, a lot of wisdom and is a regular kind of guy, in a real… Read More 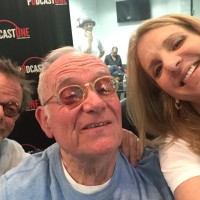 The Graduate.  Catch 22. Saturday Night Life. Get Smart. Heaven Can Wait. To Die For, are just a few of his credits.  Writer. Actor. Director. Buck Henry has been a fixture on American comedy scene for decades.  Today he shares some of his stories, insights and wry humor with us on Gratitude and Trust -The Podcast. 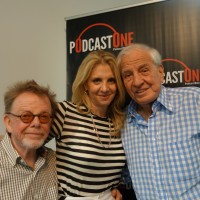 We were thrilled to sit down with producer, writer, director, actor Garry Marshall. From Happy Days, Mork and Mindy, Pretty Woman, Princess Diaries, Beaches, the list goes on. Garry is known by multi- generations for his endless accomplishments.  He shares some great stories and gives some good tips for staying in the game of life. 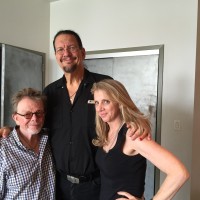 Penn Jillette is one of the more interesting entertainers around. For forty years he has been half of the legendary team of Penn and Teller who took magic to a whole new level. He is a writer and film producer, as well as having acted in over forty films.   Penn and Teller produced and starred in  the successful TV Show Bull Shit that ran for seven years on Showtime. They now have Fool Us on  CW. He has written two New… Read More

This week we talk to comedian and author Richard Lewis.  Curb Your Enthusiasm, his new book Reflections From Hell, recovery, relationships, careers.  pretty much anything you would want to discuss, we discuss. Funny, fast and furious – the wonderful Richard Lewis on today’s Gratitude and Trust The Podcast. 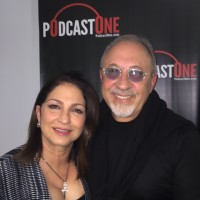 Tracey and Paul sit down with  singer Gloria Estefan and her husband producer Emilio. They talk candidly about how they met, the beginning of The Miami Sound Machine, their extreme successes and the lows. Gloria and Emilio have managed two high octane careers and multiple business while raising a family.  They are frank, funny, inspirational and heartwarming.  That’s a lot for one podcast! 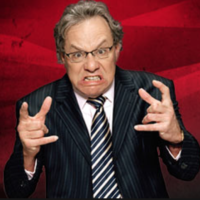 OK ~ well today is a super podcast day. Personally we think they have all been wonderful. But, Lewis Black is an American treasure. He is also ( sorry James Brown) the hardest working man in show business. Now if you want some laughs, some advice and some guidance on how not only to make it, but to persevere in whatever you love, this podcast delivers that and more. Lewis did not really get famous until he was 50. Yet… Read More