Quarter-Life Crisis Got You Down? Try These Books 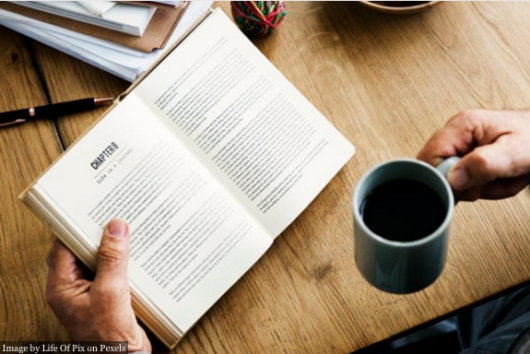 Gratitude and Trust is included in this list of 15 vetted nonfiction books Forbes.com recommends for working your way through your quarter-life crisis:

“Gratitude and Trust: Six Affirmations That Will Change Your Life by Paul Williams and Tracey Jackson. ‘The first step toward feeling better about yourself and your life is the realization that you are what’s standing in your way.’ Ouch. It’s a hard pill to swallow, but Jackson and Williams’ six affirmations give you the help you need to get past it.”

Read the full article at Forbes.com

Paul and Tracey Back on the Road in Winnipeg 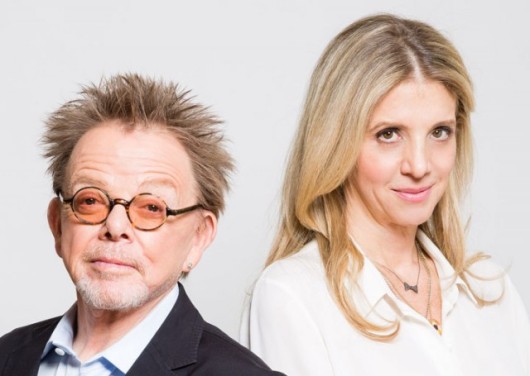 Discussing and signing Gratitude and Trust: Six Affirmations That Will Change Your Life (Blue Rider Press).

Oscar- and Grammy-winning songwriter Paul Williams is an alcoholic. Successful screenwriter and author Tracey Jackson is not.

Together, these two close friends have written a book that applies the principles of the recovery movement to help countless individuals who are not addicts yet seek effective help with their difficulties — credit card debt, anger issues, a victim mentality — and pain. Williams and Jackson have designed a new, positive program, based on Six Affirmations of Personal Freedom, to guide readers toward conquering their vices, addressing personal dysfunction, and starting to brighten the darkest moods, to find contentment and happiness.

Paul Williams is an Oscar, Grammy, and Golden Globe-winning Hall of Fame songwriter (“Rainbow Connection,” “Evergreen,” and “We’ve Only Just Begun”) and President of the American Society of Composers, Authors and Publishers (ASCAP). He is a major public force in the recovery movement, a graduate of UCLA’s Drug and Alcohol Counseling Certification Program, and has served as a member of the National Council on Alcoholism and Drug Dependence Board of Directors. He was a founding board member and counselor for the Musicians Assistance Program (MAP), now the treatment wing of MusiCares. He has been a passionate public advocate for the recovery movement for the past twenty-four years. He is soon to be seen in a recurring role in the Amazon series Goliath with Billy Bob Thornton.

Tracey Jackson wrote the films Confessions of a Shopaholic, The Guru, and The Other End of the Line, among others. She has also written twelve TV pilots, and created the series “Babes” for Fox TV. Tracey wrote, directed, and starred in the controversial documentary Lucky Ducks, which can be seen on Amazon, Journeyman Docs, and pay per view. Her first book, Between a Rock and Hot Place: Why Fifty is Not the New Thirty, came out in 2011 and was optioned for a TV movie by Lifetime. Last year she sold an original pilot to Freemantle Entertainment and she is presently in the process of launching a new site. 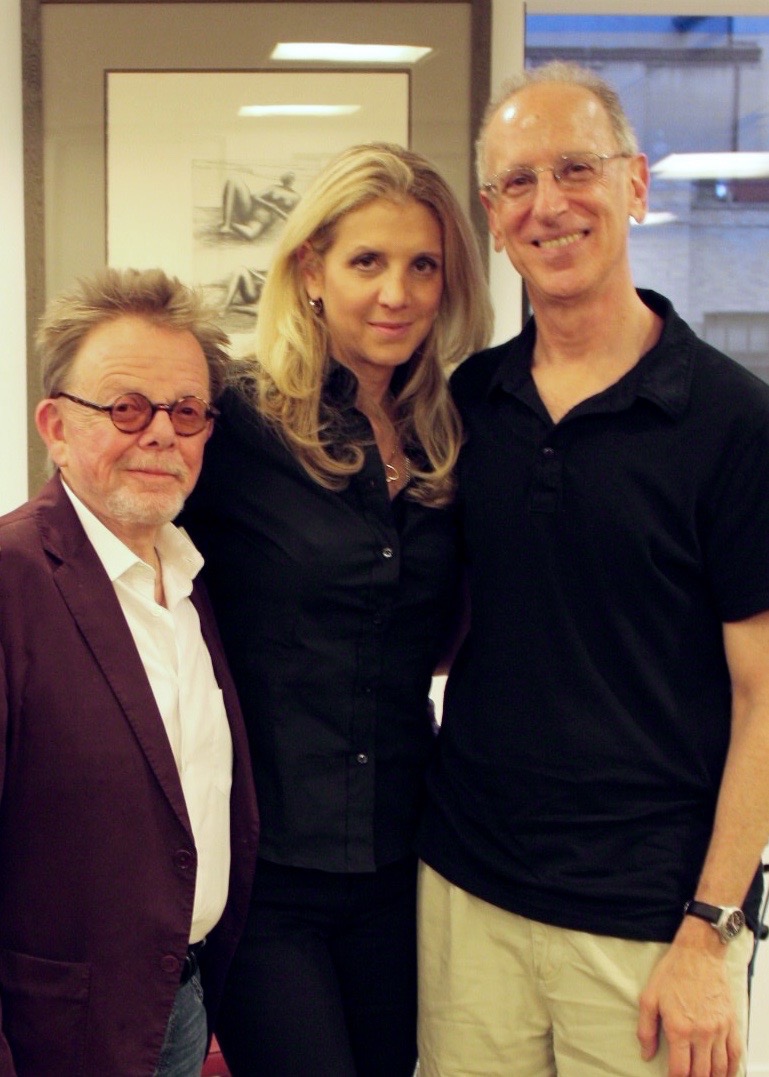 He is a songwriter who’s won an Oscar, 3 Grammies and 2 Golden Globes for hits like “We’ve only Just Begun” and “Rainy Days and Mondays.” Her TV and film scripts include Confessions of a Shopaholic for Jerry Bruckheimer. They are the co-authors of Gratitude and Trust: Six Affirmations that will Change Your Life. Randy Cohen spoke with them at Glenn Horowitz Bookseller, accompanied by the fiddle of Hannah Read. 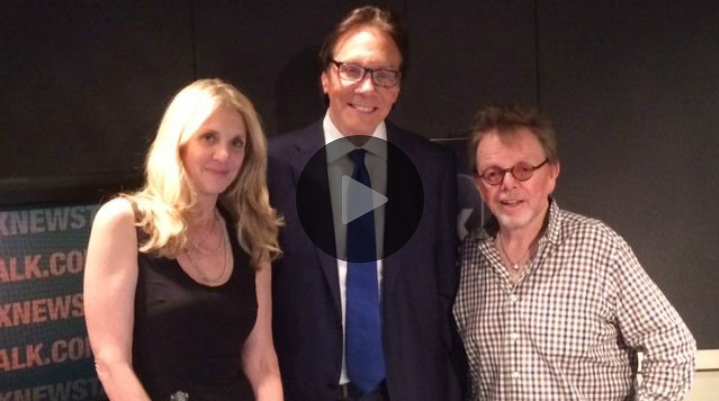 Monday on “The Alan Colmes Show,” Alan spoke with Oscar and Grammy-winning songwriter Paul Williams and screenwriter Tracey Jackson about their book Gratitude and Trust. In the book, Williams, who has been sober for 25 years, and Jackson, who has never had an addiction problem, use the principles of the recovery movement to help addicts and non-addicts alike to deal with problems.

Williams told Alan about how he hit rock bottom was finally motivated to seek help, and how spirituality factors into recovery, and Jackson told Alan why she suffers from “recovery envy.” 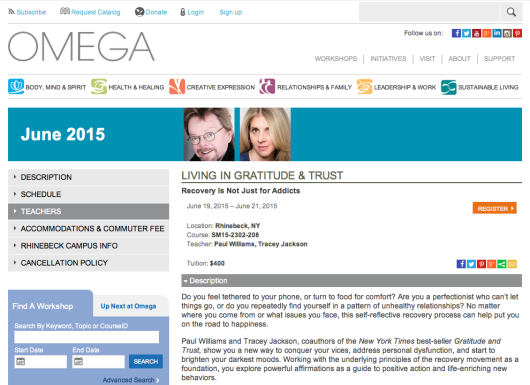 Do you feel tethered to your phone, or turn to food for comfort? Are you a perfectionist who can’t let things go, or do you repeatedly find yourself in a pattern of unhealthy relationships? No matter where you come from or what issues you face, this self-reflective recovery process can help put you on the road to happiness.

Paul Williams and Tracey Jackson, coauthors of the New York Times best-seller Gratitude and Trust, show you a new way to conquer your vices, address personal dysfunction, and start to brighten your darkest moods. Working with the underlying principles of the recovery movement as a foundation, you explore powerful affirmations as a guide to positive action and life-enriching new behaviors.

Through discussion, experiential techniques, and practices of gratitude and trust, you learn to liberate yourself from fear-based thinking and destructive habits. Once your life-limiting road blocks are identified, dealt with, and removed, you can finally begin to achieve your personal and professional goals and live the life you have always longed for.

Registration is open now at eomega.org 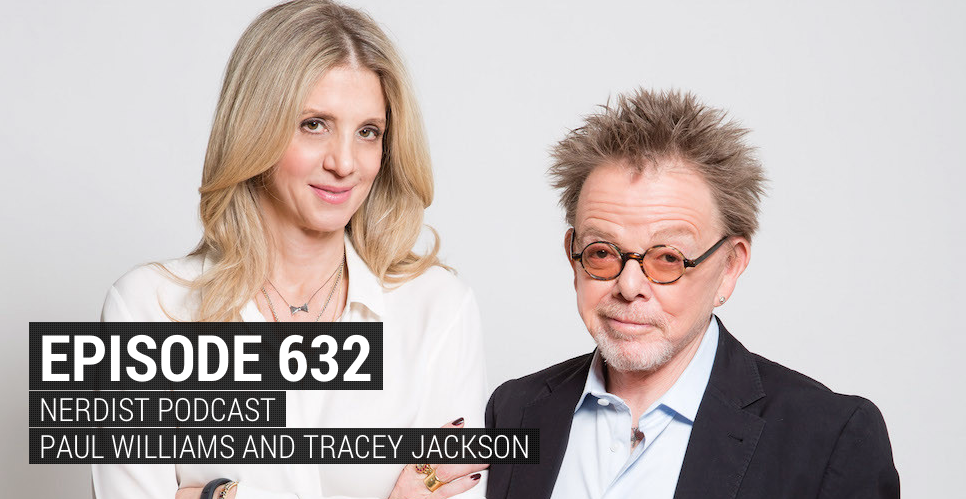 Paul Williams is back for a three-peat, along with friend Tracey Jackson! Paul and Tracey talk about how they met in the early ’80s and about their new book Gratitude and Trust. They also talk about getting sober, realizing what is important in life, and how to be the best person you can possibly be!

Meetup with Tracey and Paul in NYC 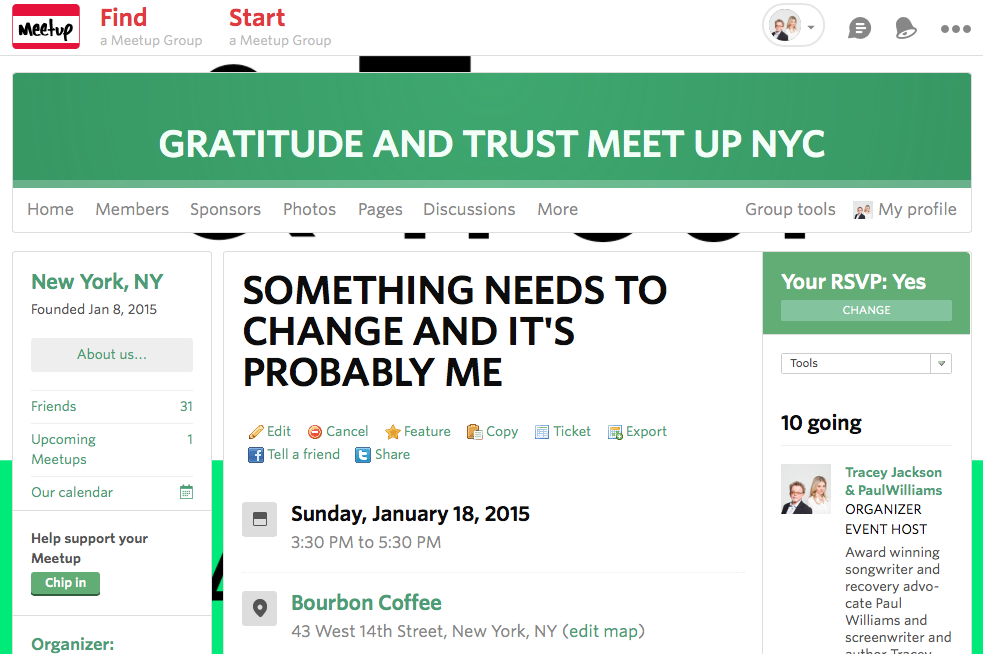 It’s a new year.  New leaves are turning over everywhere. Resolutions are already being abandoned.  Others are starting to weaken. Let us help you and let’s help each other make the changes we want to make and support each other in those changes. Through communication, sharing and starting with our  First Affirmation of Personal Freedom ~

“Something Needs To Change And It’s Probably Me”

This first meeting is about getting to know each other and learning to feel comfortable with the concepts of change.

Bring an open mind, a notebook, a willingness to be honest and forthright with yourself. It all starts with you.

We all have something we want to change. We all have impulses that tend to control us –  from too much tech, over spending, over eating, anger management, isolation, procrastination…we believe “recovery is not just for addicts.”

Understand we are all works in progress. We learn from each other and as we say in Gratitude and Trust – “Soon is not a time.” The time for change is now.

So join us on January 18th as we embark on this new journey in Gratitude and Trust. 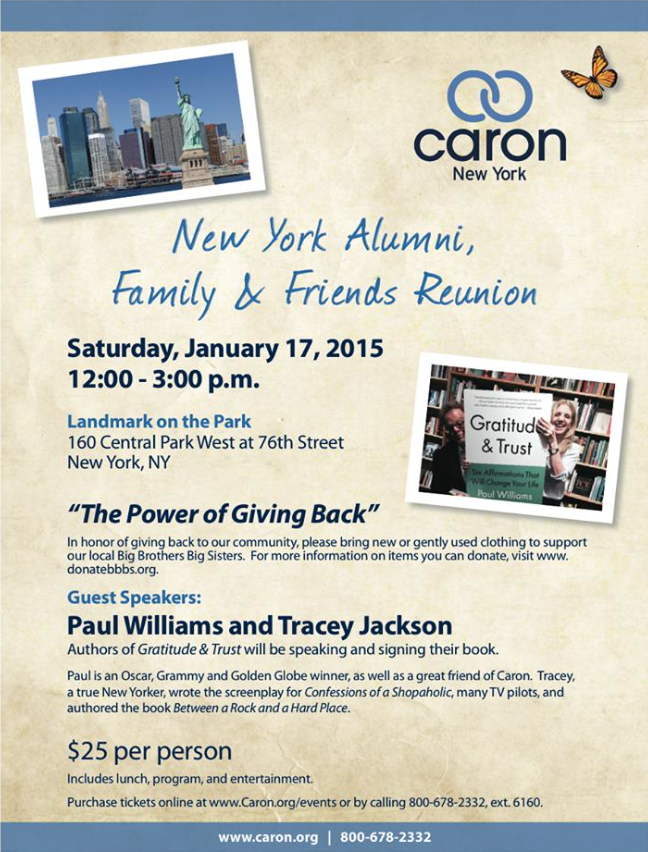 Click here for more info and to purchase tickets 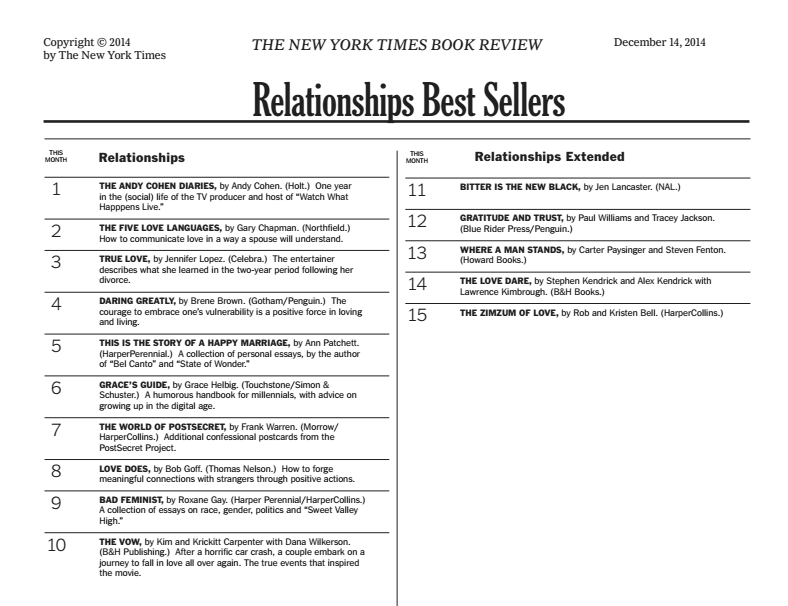 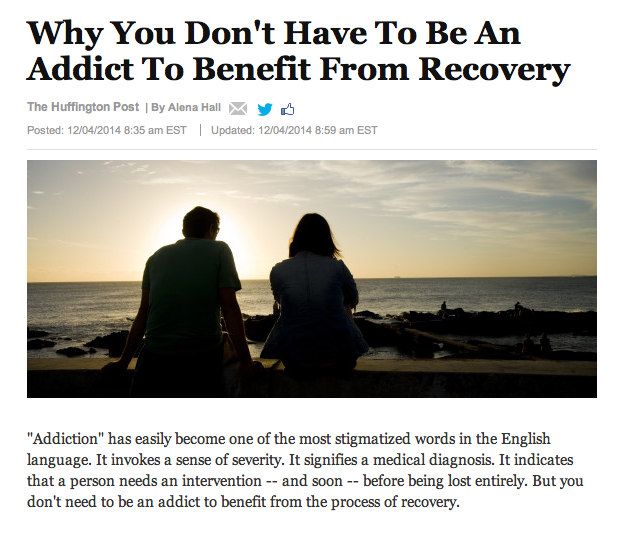 “Addiction” has easily become one of the most stigmatized words in the English language. It invokes a sense of severity. It signifies a medical diagnosis. It indicates that a person needs an intervention — and soon — before being lost entirely. But you don’t need to be an addict to benefit from the process of recovery.

In their latest book, Gratitude and Trust: Six Affirmations That Will Change Your Life, co-authors Paul Williams and Tracey Jackson argue that therapeutic treatment can benefit anyone. No matter the walk of life you come from or the issues you face, the self-reflective recovery process can help you learn critical lessons. Using principles from the traditional recovery movement, the authors, who have become close friends over the past few decades, explain how such practices benefit a person’s mental, physical and emotional health regardless of the “A” word — and share their personal stories to prove it.

Read the article at huffingtonpost.com