Do you have any idea what it might be like to be the healthiest person alive? Ever think about taking a few years off and sitting down and reading the Encyclopedia Brittanica? All editions? Can you imagine  living exactly the way the Bible tells you to, I mean to the letter. How about holding the world’s biggest family reunion and  being able to prove that you were related to everyone there.  Tune into to today’s podcast and find out how writer AJ Jacobs has done… Read More 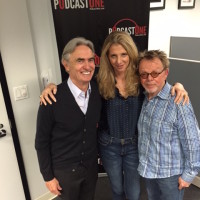 David Steinberg has been a constant presence in the entertainment world for decades. In the late sixties and seventies he was one of America’s best-known comics. He was a regular guest and guest host on The Tonight Show.  He has directed some of our most iconic TV sitcoms – Seinfeld, Friends, Curb Your Enthusiasm, among many others. David now hosts his own show Inside Comedy on Showtime. Today we are thrilled to have him as a guest on Gratitude and Trust – The… Read More 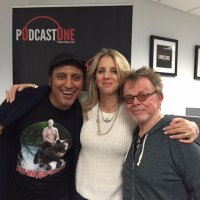 Today on Gratitude and Trust the podcast we welcome The Daily Show’s Aasif Mandvi. We talk about growing up as a minority and how that affected Aasif’s sense of self and his comedy.  How being an actor changed things for him and how his role on The Daily Show got him more in touch with his religion among other things.  Be sure to watch Aasif in his new HBO show The Brink and his own Internet show The Halal Family. He… Read More 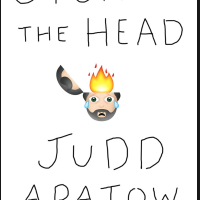 On their second podcast Tracey and Paul talk to Judd Apatow about the release of his new book SICK IN THE HEAD, Freaks and Geeks, what it feels like not to be popular in school and his adventures in movies and TV.  Sick In The Head is on sale starting today 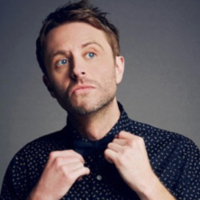 AND WE ARE UP!

Welcome to the first podcast of Gratitude and Trust. Today’s guest is perhaps the number one podcaster in the country. He’s a well known comedian and the Patron Saint of the Nerds  The Nerdist Chris Hardwick. Chris shares his insights into what it takes to be a great podcaster, life, love and the pursuit of nerdiness.