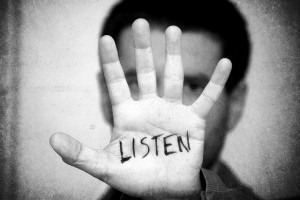 To write or not to write.  That was the question.  Tracey and I sometimes point-counterpoint our opinions or feelings following major events.  We did so when Phillip Seymour Hoffman died and again when Robin Williams took his own life.  We weren’t at odds about anything.  We were both devastated by the loss. But, I needed to have my say. I think many times adding my voice has much more to do with my own mental health than anyone else’s.

Tracey’s Blog offered a pretty frightening laundry list of the twenty first century horror story unfolding around the world.  What I found most comforting was the sweet simplicity of how and where she found relief.  It was in the process of caring for her daughter who was clearly disturbed by the events but probably wasn’t saying much.  The antidote to Tracey’s anger and fear was ‘Love and Service.”

That’s something worth reviewing.  Worth examining and then applying to our own survival process.  A time proven method of getting out of your own busy head.  Bravo.   An act of kindness that requires action.  Monumental when we are frozen with fear.  Tee wisdom 2015.

As I read her blog there were two almost immediate responses.

First I recognized my own response to calamity. A great desire to ‘huddle’.   My term.   To find my team of supporters here on the left coast and begin that cleansing babble.  If you’ve ever been amongst a group of survivors following a car wreck or robbery of any life threatening mishap you’ve seen the outpouring of the same details over and over again.  A revolving door conversation where the repetition seems to drain the danger from the event.

It’s one of the reasons alcoholics meet regularly. Pretty simple isn’t it.   Safe among family and friends, we need to talk it out.   To simply fill the air with chilling chatter and not keep the fear tucked inside where it can do the most damage.   That’s growth for me.   Many of us came from households where the ‘polar bear’ in the corner of the room was ignored.  The bear being anything from Dad’s drinking to little Nancy’s promiscuity.  There’s a car half on the sidewalk out front and a dent in the fender but don’t mention it.  Don’t say a word.  It’s learned behavior that leaves a cloud over childhoods round the world

I have two close friends who’ve survived intense health problems recently.   One chose to talk about it in great detail.  Another suffered quietly.   The sharing of the details with friends has brought relief and new energy to the more vocal of the two.  Thankfully both are doing well.

In Richard Adams classic children’s story “Watership Downs” the rabbits, when faced with grave danger simply go “tharn”.   They become frozen with fear.   Living in that state isn’t living at all.   Life goes on when we dare to live it.   And in todays environment that requires a little courage.

And a little love.  My second response to Tracey’s blog was surprise.  The immediate escape from the darkest hour found in the light of a mother’s redirected attention.  I felt the energy shift dramatically when Tracey began to relate observing her daughters part of the story.  Felt her become fully engaged and SECURE in that moment when she pulled her attention away from the monsters among us and proceeded to create a sense of safety for her baby.

And we are never more complete that when we are living in love and service.  Freedom is immediate when we turn our hearts to the needs of another.

Terrorism will go on for years.  I live on airplanes and as they close the hatch I always say a little prayer.  Believing myself to be held by invisible hands of an unseen power that is there for all of us I say, “Keep us safe Father.” Today I ask for something more. “May the dark, angry hearts that live for revenge be healed… Raised to a higher consciousness so they may lay down their swords, guns, bombs and begin to celebrate a life of peaceful coexistence.  This or something better for the highest good of all concerned. And so it is. Amen.”

Enough with the endless hate and horror. There are kids to be comforted and fed. And life to be lived fully in gratitude and trust.