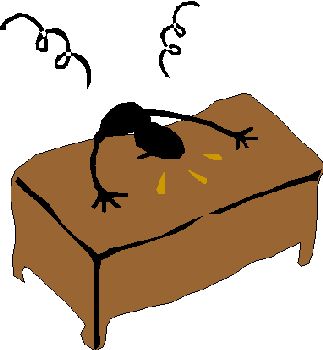 I’ve been whelmed the last few days.  Not ‘overwhelmed’.  Just whelmed.  So fully preoccupied with responsibilities and deadlines that gears creaked to a halt and everything creative or clever just quit.  Stopped.  Unproductive as a government shut down.

In the dictionary ‘whelm’ is described as a transitive verb

1: to turn (as a dish or vessel) upside down usually to cover something; cover or engulf completely with usually disastrous effect.

2: to overcome in thought or feeling

Disastrous effect.  That’s scary. My whelmed happens when I’ve got so many things going I can’t decide what to work on first and therefore nothing gets done.  Like the rabbits in Watership Down I go “tharn” – An almost paralytic state

It’s transitory.  And it’s actually quite healthy for me to recognize it.  The truth is Tracey’s recent blog about the jellyfish helped. She talked about the importance of that pause in the creatures propulsion technique. The action followed by a regrouping muscle contraction, necessary to make the next thrust.  Interesting timing. She writes about something and a few days later I’m experiencing it.  Using the information. Witness an effective partnership.

Coming off five weeks on the road I’d earned the right to be a little fried.  Waking up in my own bed with my own cats ignoring me is wonderfully restorative.  Clearly, I needed a few days of well-earned sloth to recharge my batteries.   I took two.

Saturday I sat down to write liner notes for an upcoming album release. I’d promised to write them and the work had to be done. A deadline loomed large.

Nothing.  But, nothing. For a few brief moments I experienced that creepy,  “it’s gone for good, It’s never coming back, I’m a former writer” feeling.  I dismissed the foolish thought and then I walked away.  It wasn’t soup yet.  I wasn’t ready. I gave it another day.

And here’s the end result. The chance to be the living proof that Tracey writes the truth.  While I was absent from the task the work was being done.  While I was watching golf in my sweats and eating trail mix and popcorn my unconscious was sorting through ideas, making notes and preparing for todays session.

I’ve experienced this before.  It’s not unlike your experience of trying to remember a name and being surprised some time later when it pops into your head.  Some part of your unconscious was up there doing the work.

The next day I was a writer.  A machine.  I couldn’t get the words down fast enough and had energy left over to write this blog.

Is the work good?  I think so.  I hope the label likes it.  I do.  And if asked to edit, cut or rewrite I’ll do that too.  Because it’s finished when it’s too late to change it.  Or when we know it’s done.

If you are feeling stuck in any part of your life take a look at your schedule and see if you’ve worked yourself into a state of advanced “whelm”.   If so, don’t become overwhelmed.  Don’t panic.  Give yourself the necessary downtime to restore your energies and allow your unconscious and the universe to do a little advance work.  You’ll be amazed at how productive you’ve been during those hours when you weren’t paying attention.

One last thought.  The hour of the day sometimes plays a large part in my slipping into a state of whelm.  What seems impossible late at night looks much more manageable in the morning light.  Turn away from the midnight madness of impending disaster and know that there is within you untapped power you haven’t begun to use. Know that in your heart; be comforted and calmed by that truth and you’ll begin to live your life in Gratitude and Trust.