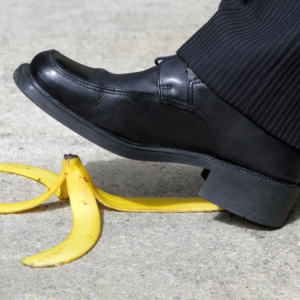 We all played hide and go seek when we were kids.  I hated it.  The tension of being in a closet or behind a tree or couch when someone was coming close always became too much and I’d begin to giggle.    Major “kid in church, stop it or you’re gonna get a whipping” giggles.  When I laugh that hard two things happen quickly.  I can’t breath and I can’t see.  Wait, three things.  Because, I also can’t speak.  Can’t squeak out an intelligent sound no matter how hard I try.

I don’t giggle often anymore.  But every now and then a shadow of unwanted hilarious rolls up on my adult, very composed and in control executive presence and I become aware of the approaching storm.  Sometimes the effort to avoid the calamitous seizure results in the expulsion of air.  There’s nothing as charming as a major snort in church.  At a funeral you can try to pass it off as crying but a normal business meeting when your composure is impaled by a tsunami of silly offers special challenges.  Pretend coughing followed by a whispered “Swallowed something wrong” works if you can avoid a repeat.  But the ridiculousness of the situation sometimes works as a kind of super charger to the initial attack and there’s nothing to do but run out of the room

Very childish.  The kind of embarrassing episode that makes you want to sneak into the office after dark and clean out your desk, move to another city and never smile again.  To hope and pray you’ll never, ever again lose control.

That would a terrible mistake.  Tension piles up against our psyche and something’s gotta give.  For too many families it appears in the form of an angry parent. A door-slamming Dad. A dish throwing Mom. Screaming matches or worse. Physical abuse.  A bottle of vodka hidden in the garage or under the sink because life is just impossible to handle without ‘something’! Tension. In combination with our nations horrendous eating habits, bouts of anger and hypertension lead to hundreds of thousands of heart attacks every year.

Maybe there’s a lesson in those childhood giggles.   A gift in those “out of control, they’re gonna think I’m nuts” raucous episodes in junior high.   Maybe we were reaping the rewards of a kind of  ‘early release’ program for tension.   I remember my Mother yelling at my brother and I when we’d be rolling around on the floor, hysterical, unable to stop the gales of hilarious screams.   “Enough!”, she’d warn us.  “You’ll be crying next!”   And she was right.   The high emotional release of the laughter would often end in some unexpected hurt feelings that had one or both of us in tears.   Let’s hear if for the crying jag.  Another wonderful way to open the floodgates with no one getting hurt.

Now that I think about it those unexplained belly laughs may be an even sweeter and more important part of my history and yours than we’d imagined.  The release may have led to lower blood pressure and the ability to live just a little longer.

Norman Cousins was a great believer in the healing quality of laughter. Told he had an incurable disease and racked with great pain Cousins found relief in laughter induced by Marx Brothers films. “I made the joyous discovery that ten minutes of genuine belly laughter had an anesthetic effect and would give me at least two hours of pain-free sleep,”

Here’s a nod of agreement and thanks to him for reminding us.  A little laughter couldn’t hurt and it may be just the ticket to keeping us out of the hospital bed and living long and healthy lives.  For that I offer thanks and wish you all the occasional giggle fit and joyful years of Gratitude and Trust.