THE ILLUSION OF TOP BANANA 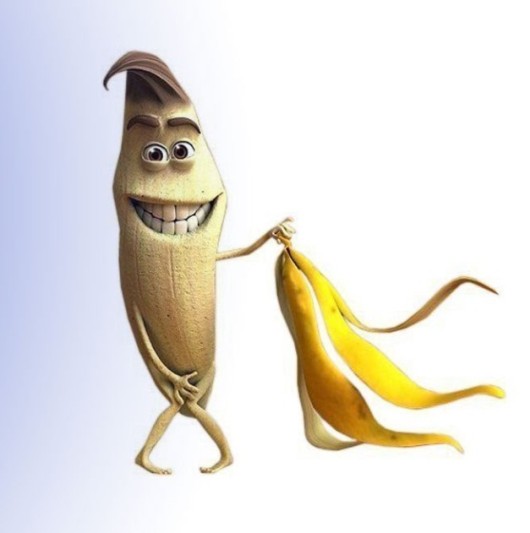 I’m making up a new word.  Dis-attractive.  It’s to describe the highly addictive cyber candy right there at our fingertips every day.   You can open up your browser and lose yourself in the maze of information, gossip, shocking celebrity behavior, fashion disasters or conspiracy theories.  It’s Alice down the rabbit hole of “Search”.   It’s an easy place to miss-place huge hunks of our lives.

And there is little on line more compelling than the sight of our own name in print. It’s like chum to a shark for the inflated ego.

My career has been a rather spasmodic celebration in the press. My twenties were slow motion salad years.   A failed attempt at acting followed by a change of career to songwriting.  During my thirties the world began to take notice.  And didn’t I love the attention? The thing got bigger and brassier than I’d ever expected until in my forties my addiction to cocaine and alcohol outran my addiction to the spotlight.  So, I began to hide.  For about ten years.

In Nineteen Ninety I got sober and quickly realized the career I thought was such a hotbed of activity had grown cold.  There was no press, no paparazzi waiting when I left rehab. I wasn’t famous anymore.  I kind of liked it.  Amongst my fellow alcoholics and addicts I began to enjoy true peace of mind.  I was happiest at the center of the herd.

These almost twenty-four years of sobriety have been the best years of my life.  There have been occasional modestly successful songs or television shows, a documentary about my life, etc. that have garnered a bit of press.  Nothing huge.  But, life was rolling along with just enough attention to feel like I still belonged inside the velvet rope.

Don’t get me wrong.  I’ve got an ego and I noticed when, for example at the 1992 premier of “The Sum of All Fears’, a movie I’d co-written the title song for, I managed to walk the red carpet getting little more attention than the press agent trying to sell me to the various press.  I noticed the “not interested” head shakes from microphone holding” hosts and hostesses of the major networks and big shows.  I was a moving island of normal daylight as the cameras flashed in front of my then wife and I and right behind us.  We moved through that crowd like a wandering brown out!  The wife hated it.  I’m not sure what I felt.  But, it wasn’t sadness.  Perhaps there was a little sense of loss.  But, it was okay.

With the recent Grammy win, I am suddenly receiving more attention from the press than I have in years.  Decades.  A fair amount of it is an attempt to explain to anyone under forty who the hell the little guy with spikey hair and glasses was that accepted the “album of the year” Grammy for Daft Punk.

I’ll take it.  I’m grateful for the chance to use the spotlight to build a larger following for this sit

Tracey wrote a wonderful blog about knowing and working with me before and during this latest splash of celebrity.  She has a remarkable gift for dealing with life in direct, rigorously honest and insightful ways.   I wish we could bottle that characteristic and share it with the world.   In many ways, that’s exactly what we’re attempting to do with this site and the book we’re writing.  “Gratitude and Trust; Recovery is Not just for Addicts.”

She leaves no elephant in the corner of the room.  Her closets are thrown open and she deals with the psychic clutter in a manner that’s immediate and effective.  Mental health is the goal line. It’s impressive. It can also be totally intimidating.  With smoke coming out of her ears and the computer keyboard glowing from the pounding, she addresses what she’s feeling, looks for the birthplace of the emotion, especially if it’s irrational, and puts it out there.

I’m not that good.  No.  Don’t write in and tell me I’m wonderful.  I’m not fishing.  I’m telling you that I’m the newbie at writing things that don’t rhyme and I work in smaller time periods, usually write fewer words and sometimes find a lovely metaphor that is a slick little path around the truth.

Not always seeing it, my partner and best friend will point it out to me.   I’ll write some sweet passage and she’ll shake her head.  “Go deeper, Paulie!  What did it really FEEL like to be so little and the new kid in school?”

So I go deeper.  And find the true things that are worthy of this work.  And together we’re writing something that is more important to me than any single song I’ve ever written.  Together we’re looking to share the principles and the process that saved my life in a new combined voice.  I’ve never been more grateful for the chance to do this work or the person I’m doing it with.

The only bananas in my world are cut up on top of my granola.  I am still happiest and feel the safest surrounded by my peers in the recovering community.   When I do step onto the stages of success I do not feel on top of the world.  Rather I feel “a part of” rather than “apart from” the world around me. I love my life and my work.   I have something to offer and its time has not past.

Most importantly I arrive at Tracey and her husband Glenn’s office, or to the set of a television shoot, the ASCAP boardroom or the latest award show as a fan.  I still think ‘Wow” when I run into Kris Kristofferson.  And with a microphone shoved in my face or a camera in front of me I will talk about the things that matter most to me.  Recovery, music creators rights and of course, Gratitude and Trust

The attention will come and go for Tracey and I.  It’s the opportunity to do something meaningful that motivates me and I know it motivates her.

Top Banana? I’m seventy-three years old.   I’m introduced as an Oscar, Grammy and Golden Globe winning Hall of Fame songwriter.  But, when the waiter is slow returning the bill after I’ve given him my credit card I begin to get a little gnawing in my stomach as I wonder if there’s a problem.  The bills are paid, the card is good but the possibility of an embarrassment is powerful enough to have a physical effect on me.

What’s my point?  There’s a “Little Paulie” in me that will never go away.

An inner child whose vulnerability won’t ever really disappear.   It’s part of a tough childhood that perhaps led to and still fires my creative spirit.  Just as there’s a “Little Tracey” who’ll always be scarred by the childhood she survived, but will use it to connect the dots in ways that offer health, love and light to the rest of the world.

The Banana reference can be put to rest now.  Except to say that I consider myself to be the luckiest one in the bunch.   Love, light, Gratitude and Trust.