THE ELEGANCE OF KINDNESS 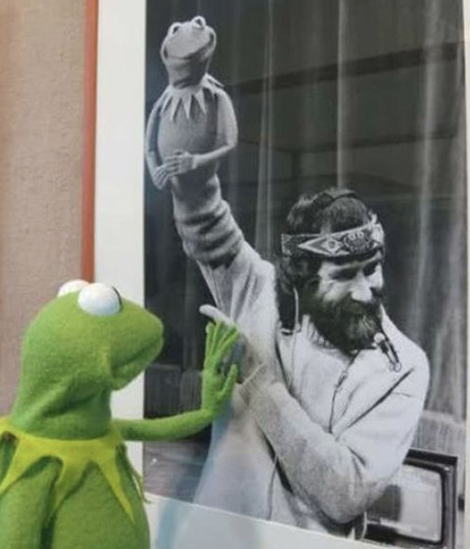 I’ve been doing a lot of press lately.  Most of it in support of the rerelease of “The Muppet Move’ soundtrack album.   Kenny Ascher and I wrote the songs for the movie and I produced the album.  My executive producer was Jim Henson.

It’s pretty simple.  Blocks of phone interviews with radio stations, newspapers and bloggers to hustle up some ink and airtime for the Blu Ray version of the film.   I was asked to write the liner notes to the album, which has been unavailable for decades.  In true Muppet fashion the release is to celebrate the films ‘nearly’ 35 year anniversary.  Nearly. So muppety.

The interviews are all pretty much the same with questions about what it’s like writing for felt creatures, having the big love song sung by a pig, the idea for Rainbow Connections and inevitably, ‘what was Jim Henson like?’

He was gentle.  He was funny.  He had remarkable patience and if you went to him with a really bad idea he had the ability to slide past it so gently you almost didn’t notice the rejection in his sweet, ‘Noooo, that might not work.’

He was accessible and friendly.  Inventive and completely original I think he was a genius.  I’ve said all these things about him and while they were true I think they failed to properly describe the man.  Then it occurred to me.  Jim possessed ‘the elegance of kindness’.

Now, in all honesty the phrase first came to me in describing the way I was greeted by fellow alcoholics when I decided to get sober.   It’s a welcoming sweet quality that I feel again and again among the recovering community. But sitting on my porch talking to WOR in New York or WJR in Detroit it came tumbling out of my mouth as the perfect description of Jim.

Jim Henson displayed ‘the elegance of kindness.’   It was framed by his actions, which never seemed hurried. His humor could be remarkably edgy considering his sweet affect!  His demeanor seemed to say ‘life is crazy and things go wrong but in the end somehow they’ll work out.  No need to worry.  And of course there’s nothing to be angry about.

The Dalai Lama has said that his religion is kindness.   Tracey’s blog about Alma the hugging Saint seemed to chronicle the life work of a woman devoted to simple kindness.  It’s a remarkable quality.

I have a favorite story about Jim.   There was an initial meeting at my house in the Hollywood hills to discuss the film, the story of how the Muppets met and the songs that were needed.  Walking Jim to his car I told him that Kenny and I would not throw any surprises at him.  We’d let him hear the songs as we worked on them.  He answered with a smile and then said “Oh, that’s all right Paul.  I’m sure they’ll be wonderful.  I’ll hear them in the studio when we record them.”

I’ve never once, before or since, experienced such freedom.  In the world of filmmaking and the costs involved it’s unheard of.  But, there in the street above tinsel town I was shown a level of trust that says more about Jim Henson than it does about Kenny Ascher and I.

Confident in the creative choices he’d made he was willing to step back, allow the process to unfold without excessive control and, energized by his caring and respect Kenny and I did our best work. His graciousness and the elegance of kindness he wore so well made knowing and working for Jim Henson a classic case of living with a master of gratitude and trust