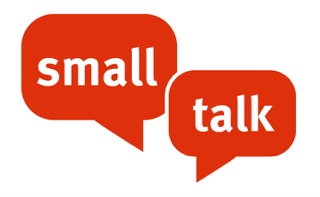 I just spent a week in Mexico with 500 people in various stages of recovery.  It’s an annual event sponsored by Sober Vacations International.  Mostly alcoholics like myself, the gathering included alcoholics and drug addicts with anywhere from 4 days of sobriety to 51 years. You couldn’t tell by looking that we were recovering drunks.   If anything set us apart from your normal Club Med crowd it would have to be the blissful grins and friendly greetings.  We love each other.  And say so.  Compared to us, Hallmark cards read caustic.

We’re a group of “self supporting through our own contributions”, responsible adults.  You’d probably never guess that our crowd includes several who’d gone to jail for a variety of drug related-crimes.  As one speaker shared, she’d found sobriety and a Higher Power while living in a “gated community”.   Nice way of saying she’d been in prison.   A colorful collection of open hearts who are now, in my opinion, the safest, sweetest, most caring people in the world.

We attended workshops, played golf, meditated, laughed, ate way too much and we talked. Really, really talked to one another.  Beyond the occasional retelling of our travel adventures, I’d been delayed by an ice storm in Nashville, there was very little small talk.

The dinner hour was preceded by a different speaker every night.  The messages were varied in intensity, usually guaranteed to include heavy doses of humor, rigorous honesty and something almost all of us have in common. We drank to combat the feeling of being “Less than”.  We seem to have inherited a diminished quantity of self worth, a feeling that the rest of the world had a book of instructions we never read. Many of us balanced that “damaged goods” complex with large egos.  When we drank we blossomed.  Medicating the fear, our egos grew to super sizes and we believed ourselves to be funnier, great dancers and a gift to the opposite sex. Or, for the alternative wiring, the same sex.

Most of us came from homes where there was very little talk about feelings.  Difficult childhoods are common amongst my tribe.  For many, broken relationships at home led to choosing mates that offered the same challenges.

A dear friend who’d just ended a relationship compared himself to the “Shrinking Man”.  His previous lover had chipped away at him until parts of him seemed to crumble under the angry barrage.   He described her patter as “Small Talk’.

The chipping away metaphor appeared one other time in a wonderful share by a woman in her fifties who got sober at thirteen.  Yes, thirteen.  Lost and ill prepared to deal with life, a child with an adult disease, she was sent to speak with an old timer who told her she was already everything she needed to be.  It was all inside her.  “What kind of an idiot would suggest such a thing”, she asked.  But as she removed the alcohol and drugs from her life, then the resentments, anger and a variety of destructive habits, she began to emerge as the wonderful woman she is today.

A trip to Italy gave her the perfect metaphor for what her recovery had offered. Seeing Michelangelo’s David she remembered a famous description of his process.  Beginning with a large piece of marble he removed all the pieces that weren’t David!  Simplistic, but beautiful when you apply it to the process of recovery.

It’s what Tracey and I believe you’ll find by making the six affirmations of personal freedom a part of our lives.  We chip away at the bad habits and maladaptive behavior, let go of anger and fear based thinking and slowly replace the terror and tears with a sense of joyful purpose. Like Michelangelo’s David, our true selves are revealed.

The night before I spoke, an Irishman from Chicago shared his story.  From the mean streets of his childhood to gang wars in his drug addled teen years, it was a remarkable tale. As I listened I became aware of a gnawing discomfort.  This guy’s story was as riveting as a Quentin Tarantino or Martin Scorsese screenplay. Mine would pale in comparison.  I never robbed a liquor store.   I was rude to the clerk when he opened a couple of minutes later than the 6am they advertised, but I never pistol whipped anyone.

My ego was beginning to speak louder than the man at the podium.  Then something wonderful happened.  He turned his attention to his first sponsor, the father figure who’d proved to him that ‘no matter how far down on the scale we’ve fallen we could recover.”   His description of the old mans last words left me in tears.  I was thankful beyond language that I’d had the chance to hear him.

And there it was. The cleansing beauty of pure gratitude.   I was suddenly free of any other emotion.  I was listening and learning and the biggest lesson of all is the most glorious.  Gratitude trumps Ego.  Gratitude calms and quiets the fearful child that pulls us away from the light.   I was suddenly completely free to celebrate the journey of my fellow traveler.

Okay.  Weepy Williams here.  Relieved of “the bondage of self” we begin to experience life at unimagined levels.   We begin to know peace.  We begin to listen, relate and eventually share the lessons learned.  Share the love.

Someone once said that recovery is a process not an event.   It is, for me, a series of surprises that are sometimes a result of my concerted effort, but more often than not, a simple gift. Closer to a conversation with God than simply small talk. A blessed happening that’s larger than my demands or fears and, once experienced, fuels my thirst for more of the life lessons waiting in the precious classrooms of gratitude and trust.