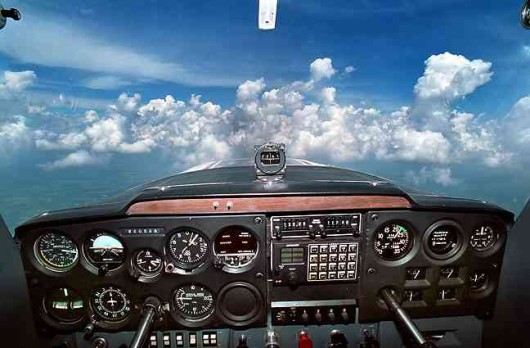 A few days ago I was texting with a close friend and fellow recovering alcoholic. We’re especially comfortable with one another, as survivors of addiction tend to be. The shared experience is usually a recipe for honest dialogue at a greater depth than your average “how bout them Bears” conversation.   Actually, my complete lack of sports knowledge is reason enough to avoid such manly discussions.

While we always celebrate the much improved life our abstinence and the principles of recovery have given us, there’s always room for some extensive “story topping” as we share our uh, colorful and sometimes hilarious histories.  If there’s a black comedy element to our practice it’s got to be the gleeful retelling of our darkest days dilemmas. It’s not uncommon to hear the most innocent looking little lady share gritty adventures that would make a sailor blush.

At a recent gathering of the clan, a birthday share from a very proper, shy, demure even, woman in her mid thirties described her last drunk.  Awakening from a blackout in her apartment she was alarmed to find a helicopter hovering above her abode and a swat team surrounding her building.  Who’s shocking behavior could have created such a frightening scenario?  Hers, evidently.  The shotgun she’d purchased had been waved at the neighbors before drifting off in in a toxic haze.

I admit to a twinge of jealousy.  I was arrested only once and it was for allowing an unpaid traffic ticket to go to warrant.  I recall the embarrassment of admitting to my fellow holding cell inhabitants that I’d been incarcerated for pulling a trailer in the wrong lane.

Our stories are sometimes entertaining, sometime tragic. What we have in common that is most valuable is not the variety of ways the problem manifested for us …  but rather in the common solution.

A simple but powerful beginning. We admitted we were powerless over alcohol and that our lives had become unmanageable.  Something needed to change and it was us.  And as my pal and I shared our gratitude for life in the sober lane he congratulated me on my renewed career activities and then shared his own sense of impending good fortune. That feeling that a new and improved chapter is about to be written.

“I believe I’m beginning a period of healing, expansion and abundance.”

Intuition or magical thinking? Does believing in something build it into your future? It unleashed the inner wannabe minister that I call the Paulie Lama.  I’m a confirmed believer that we co create our future success or failure by expecting it.  My response was immediate.  I’d long believed that positive thought was an invaluable asset and told him so.

“Conceiving of the change actually instigates the change. Claiming abundance creates abundance. Again and again through the years I had turned to my manager and asked, “Do you feel that? Something’s coming! Something really good”.

The good work will be yours to do when the time comes … but your statement of ownership has already prepared the result. Claiming the positive result it becomes fact.”

When I reread my message I felt it was something I wanted to write about.  It’s a subject I’m clearly passionate about and I wanted to share it with my friends.  That would be all of you.

It’s my personal belief system and I couldn’t begin to prove what I long ago accepted as fact.  But, somehow the teachings of Emmet Fox, Ernest Holmes and New Thought writers as far back as Emerson have resonated with me for decades.  Some of you may remember that I wrote about Fox’s “Sermon on the Mount” not long ago.

Somewhere in my twenties, probably around the time that I found my own creative outlet and began to write, I began to act as if I was a pilot and not a passenger in this journey. Long before I consciously examined the philosophy I began to embrace the practice.  It may well have been born of ego.  “I deserve this success so it’s coming.”  It may be the most constructive usage of an often dangerous tool.  For ego can keep us prisoners of shameful behavior by hiding our failings. Ego can keep us from asking questions when we believe we’re supposed to know the answers and don’t want to look uninformed or ignorant.   Not to anyone. So we fake it.  Or medicate the fear of being ‘less than’ and slide into oblivion.

Happily I survived the unraveling of my own inflated ego.  Once relieved of my addictive behavior, new uses for familiar tools were soon revealed.  I believe that a sense of well being is born of humble trust.  Then, when we begin to set our goals on the highest good for all concerned, and not purely selfish gain, there is an unseen architect who begins building the life we imagine.

I believe my friend, selfless in his every action, will see the success he’s begun to feel become a reality. Fueled by caring for others and by choosing faith over fear our lives do indeed improve.   It’s the most treasured thought I keep at the heart of my day and when I return to that sweet way of thinking it’s inevitably the quickest way to the secure loving comfort of a life lived happy joyous and free at last …  in gratitude and trust.