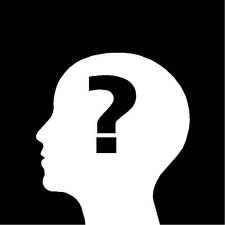 I played Vegas last weekend.  Two shows, nice sized houses and friendly crowds.  There was a large gathering of family and friends in the audience, including my daughter Sarah. So much to be grateful for.

The South Point has a terrific showroom and is known for drawing locals.  The hotel is located off the strip and houses a full sized rodeo arena.  Saturday when I arrived at the hotel I noticed I was one of three entertainment options, including the all Native American ‘Indian National Finals Rodeo’ and a Gun Show.

Knowing there’d be many in the audience who’d seen me before, I decided to mix up my show order a bit.  I added several songs I don’t usually perform, including a new song from the Daft Punk album,  ‘Touch’.  Friday night I took lyrics onstage with me but by Sunday night I was having way too much fun for crutches so I left my fake book of lyrics in the hotel room.

Forgetting lyrics isn’t new for me.  It’s not really age related.  I screwed up often and royally almost from the beginning of my career.  The thing is it doesn’t embarrass me.  I don’t know why but, when I blow it I’ve always just stopped the song, fessed up to the mistake and started over.  My thinking has always been,  ‘You paid to hear it right and we won’t be together tomorrow night so …   I’m gonna start over.”

The interesting thing is people often tell me it’s their favorite part of the show. In fact, because I don’t try to hide my goofs, there’s an added intimacy, a kind of living room quality to the show.  It’s also usually good for some honest but self-deprecating humor and an insider’s view of me happily cleaning up the mess I made.

We all make messes.  So, having that in common with the audience is something of a bridge builder.  They forgive.  I like that

Sunday night I was having way too much fun up there.  Got my head into a kind of ‘hey this is going really, really well space that came crashing down when I forgot the words to my favorite new tune.

So, I stopped the song and did my charming little, ‘Oh, Pablo you silly man’ cover and started again.   And could not..  for the life of me …  could not remember the words.

I tried restarting the song twice.  Come on brain.  We wrote these words.  Cough em up!  Nothing. Then it occurred to me. The Net!  I whipped out my iPhone, searched for lyrics and came up with the words I’d written and began again.

And there it was.  In the middle of the song.  The lyric I couldn’t think of.

A painter in my mind

Tell me what you see

A tourist in a dream

A visitor it seems

A half forgotten song

Wait a minute.   ‘Half forgotten song?’     Well, it stopped me cold when I sang it and the audience roared.   My self-fulfilling prophecy had come true before their very eyes.  It was my favorite moment onstage the entire weekend.   I felt like class had been in session and the Universal Teacher was having a fine time with all of us.  It was a surprise life lesson for the patient, very kind audience and the puffed up performer who was quickly reduced to grateful and actually delighted student.

Words are powerful.  Thoughts become things.  What you dwell on you create. All the new thought philosophy I believe in was, to me at least, proven one more time to be an accurate law of the universe.

Was I embarrassed? Not in the least.  I found it comforting. Certainly mid mess I was hardly looking like a groomed professional but that’s not who I am or who I really want to be.  Above all, I don’t want to invest my energies in appearances when I’m given the opportunity to share in a three steps forward learning moment after a two steps backward slip.

Authenticity is our friend.  Celebrate who you are.  Be amazed at the uniqueness of your personality and conversely the sweet sameness of emotion and what moves us.  That shared vulnerability is a means of connecting with the rest of the world. When we see ourselves in another’s actions, adventures or misadventures it is in many ways a magical mirror.  An antidote to ‘aloneness’.   And allowing others to see who you really are returns the favor. If you can, replace ’embarrassment’ with ’embrace’ and throw your arms around the lesson tucked in life’s stumbles and falls.

My brain freeze on stage was a gift. A moment in time became a souvenir. A sweet memento of a working weekend in Las Vegas where I won a lesson in humility and wound up playing the winning hand of Gratitude and Trust.