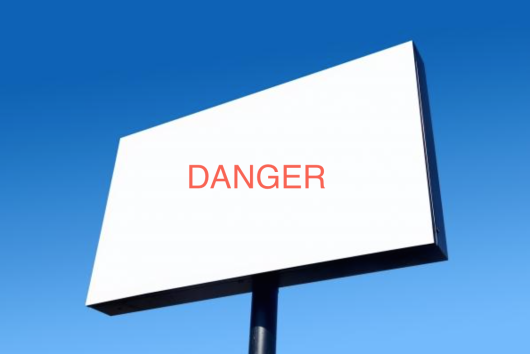 I graduated High School in 1958.  Yes, a long, long, time ago. But the teenage trauma I experienced left a fair amount of psychic debris and to this day I feel a wave of discomfort when I find myself surrounded by adolescent.

In high school I was physically different from my classmates.  Tiny, with a slow body clock that wouldn’t deliver me to physical maturity until after graduation, I had a tough time. With the exception of a few arty types, wannabe actors and writers, I avoided most of the student body.  I never sought friendships with the jocks or campus beauty’s.  Why bother. I wasn’t dating material.  Sports were out of the question.  At my height and weight full body contact would have been disastrous.

So, I found a few pals who loved films, read decent books and dreamed of drinking up life voraciously with the abandon of a Hemingway or Kerouac. Life would wait, but the drinking wouldn’t.

One of my pals worked at a liquor store and now and then a few bottles would disappear out the back of the storeroom.  We never stole the booze. He’d put the price of the drink in the cash register. Our thinking was he’d get fired if the goods went missing.  And the idea of being arrested and locked up kept my criminal activities at bay. For a while.

On one warm summer evening a few friends and I were walking along Alamitos bay in Long Beach, actually very close to my current home. We noticed that directly across the narrowest portion of the bay there were waterfront homes with boats tethered to private docks.  We assumed their wealthy owners kept well-stocked bars on board. If so, it would make for easy pickings once the skippers and mates were all tucked in their land based beds for the night.

Like legendary frogmen we slipped into the water and made our way across the narrow channel.  It was exhausting.  I’ve never been comfortable in the water and am not a good swimmer.   I made it to a darkened sailboat and climbed aboard.  Inside I found full bottles of Vodka, my drink of choice.  I stuffed a bottle into my trunks, grabbed two more, and dove into the water.  You can’t swim with a bottle in each hand.  I dropped one.  I vaguely remember taking the lid off one and pouring a little of the vodka into the drink, actually thinking the added air would cause the bottle to float.  Embarrassing but true.

I don’t remember much more after that.  I’m guessing we made it ashore with enough booze in tow to get hammered that night.  The insanity of the event and the illegality left my memory for years until after I sobered up at age forty-nine.

In early sobriety I shared the story with an older woman who’d been sober for decades.  Joan A. was something of a recovery guru.  She laughed her verdict.  “Ha.  A billboard!”   I asked what she meant.   She explained.  “You were just a child but the universe was sharing some interesting information with you.  A preview of days to come.  Alcohol almost pulled you under.  Damn near drowned because you wouldn’t let go of the drink.  It was a ‘Billboard!”

She was right.   She went on to say that as we look back on our lives we often find not so subtle messages that offered valuable information. Information we could have used if we’d been aware and willing to learn.  She suggested a vigorous search for other examples of such warnings.  And she cautioned me to watch for them in my future.  “Maybe someday you’ll find a use for that awful high school experience. Those years of not fitting in.  Keep an eye out for those opportunities too.  The whole ordeal may turn out to be something you can use.

Joan passed away many years ago but I thought of her recently on a trip to North Dakota.  I was there for a recovery related event and while in town was asked to speak to the teenagers at the Youth Correctional Center.  It was a remarkable experience.

Standing before the gathering of some three hundred inmates, boys and girls between sixteen and eighteen years of age I suddenly felt the ghost of an old emotion stirring.  A trickle of sweat ran down my back. I was back in high school and I didn’t fit in.

So I spilled the beans.   Admitted that the thought of appearing before them scared the crap out of me. Told them how awkward my teen years had been, explained why and happily added that as soon as I’d shared the truth with them the fear evaporated.  No longer busy hiding something I could open up and give them my best.  I could share what I’d learned that might improve their lives. I urged them to learn from their own hard lessons and not abandon their true selves to drugs, violence,rage.

I had a wonderful time.  I thought of Joan and her Billboard.  I’d like her to know that over fifty years after the fact, my teenage outsider status gave me something to share with a bunch of kids in lockdown.  And after being honest with them about the way it felt they gathered around me like I was one of them.  Loving and accepting they shook my hand and led me to a sense of belonging that goes with living in love and service …  in gratitude and trust.