THE TOUR GOES ON 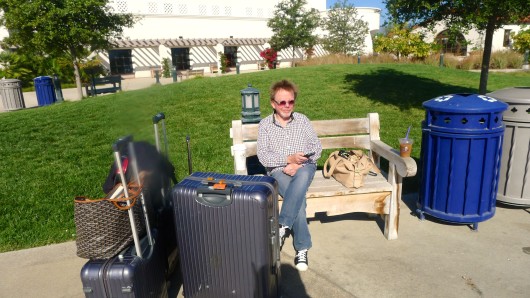 A wise man will make more opportunities than he finds.― Francis Bacon

We are ending week one of the first leg of the Gratitude and Trust Book Tour.  Since we left LA on Wednesday we have had an easier pace.  We luckily had one thing cancelled on Friday night or we would have been rush, rush rushing and if the planes had not been on time. we might not have made it up here to Vancouver.
As Paul always says NO is often a gift.

Thursday was an easy day.  I was in my hometown of Santa Barbara and Paul woke up in his own bed with his cats.

We had one radio interview with the razor sharp and always funny Dennis Miller. Who we blessedly got to have dinner with that night as well. He and his wife blogger Carolyn Miller aka Slim Paley, who does one of the most interesting style blogs around joined us with some friends after our Santa Barbara signing.

The Santa Barbara signing was not a reading. It was just a party for friends and friends of friends. It was given by my mother Beverley Jackson and designer and fab girl Kendall Conrad.

It was nice to be in Santa Barbara as that is where Paul and I first met, where we both lived once upon a time and where I am from.

So one for the home team is always a good feeling. The bookstore Tecolote is where I always  bought my books growing up and Mary who runs it is known by everyone. It’s  kind of Mayberry in Southern California feel.

We sat out under the trees, my mother and her helper Veronica had done beautiful cheese trays and people drank wine and soft drinks and it was a  party! 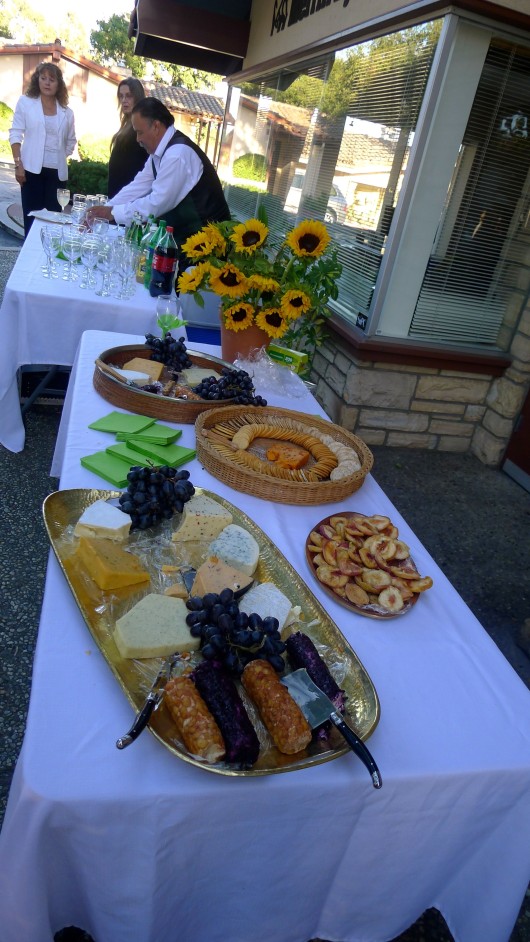 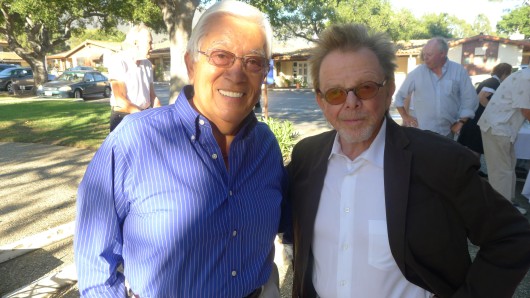 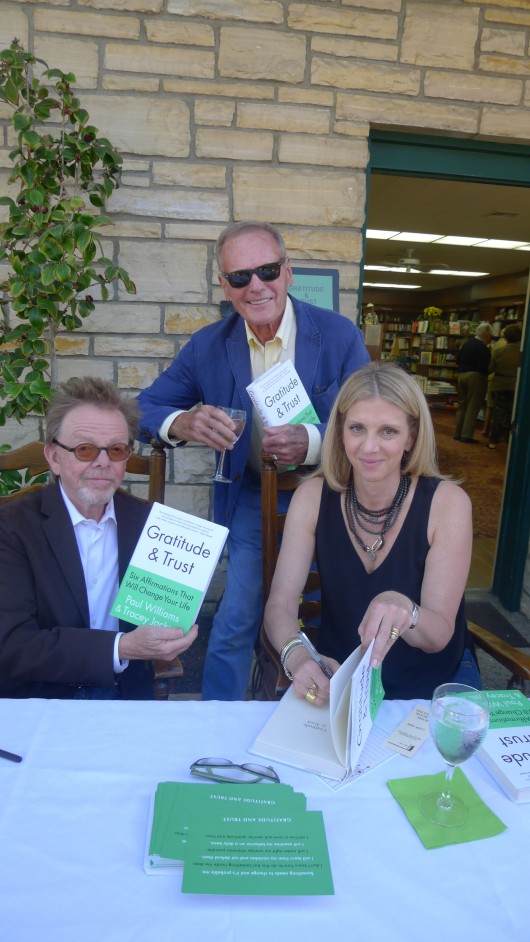 Paul and me with SB resident Tab Hunter. 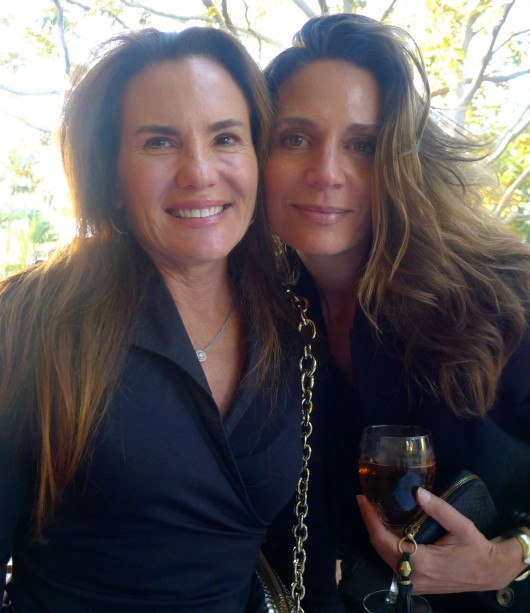 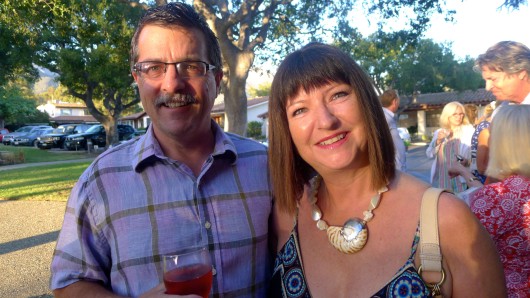 Cindy and Chris Bouchard are such loyal followers they stopped in SB on their way home to Mexico to attend the party.

Luckily it was his ex-wife Katie, who said she was used to him. 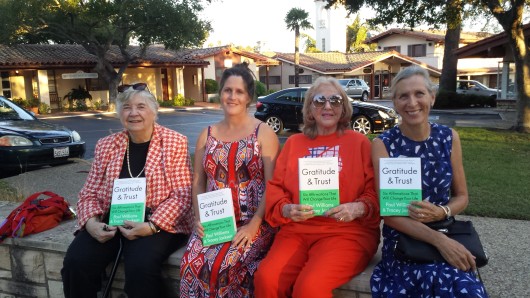 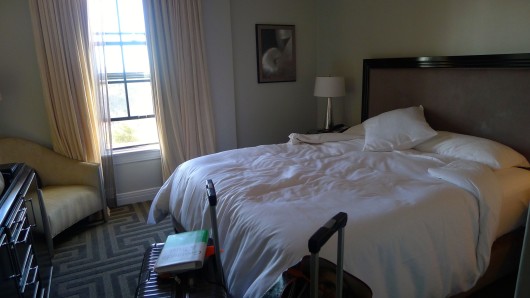 Room as I was leaving in Santa Barbara. My AC leaked all night and they had to move me and Paul says his room was haunted. 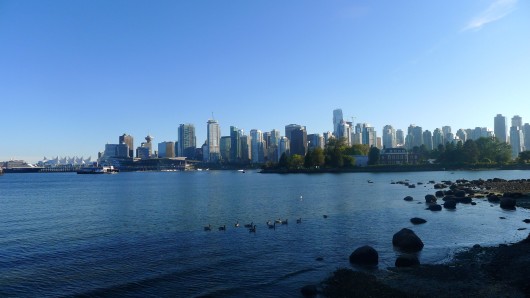 Friday we came to Vancouver. 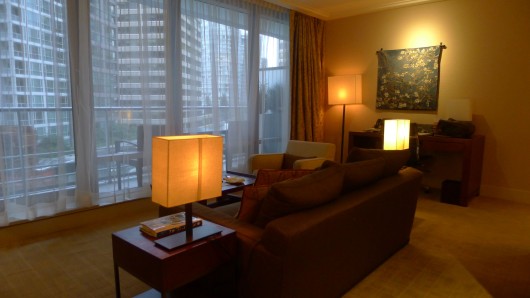 Both very happy we got a double upgrade to a suite. AC works and no ghosts. 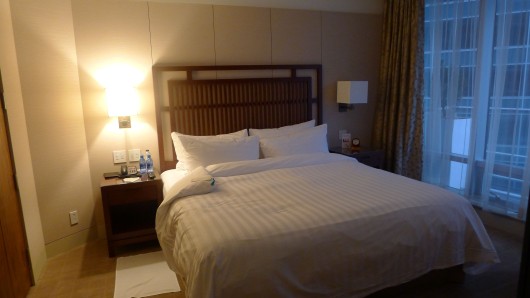 That bed looked so good to me. We both needed some serious sleep. Pau’s room exactly the same. 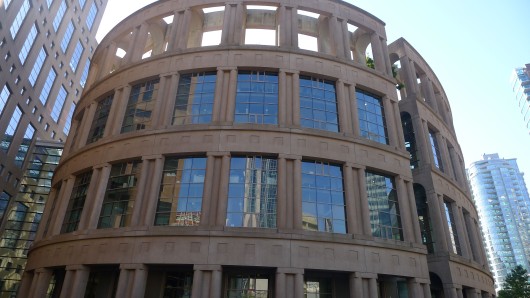 The Vancouver Public Library where we spoke on Saturday. 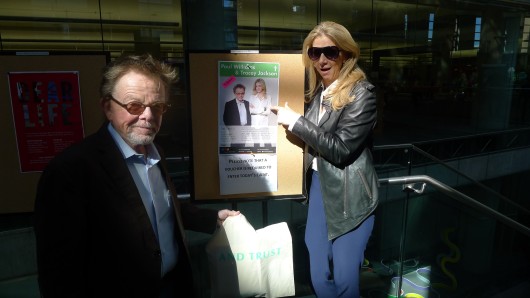 Look what we found. Us! 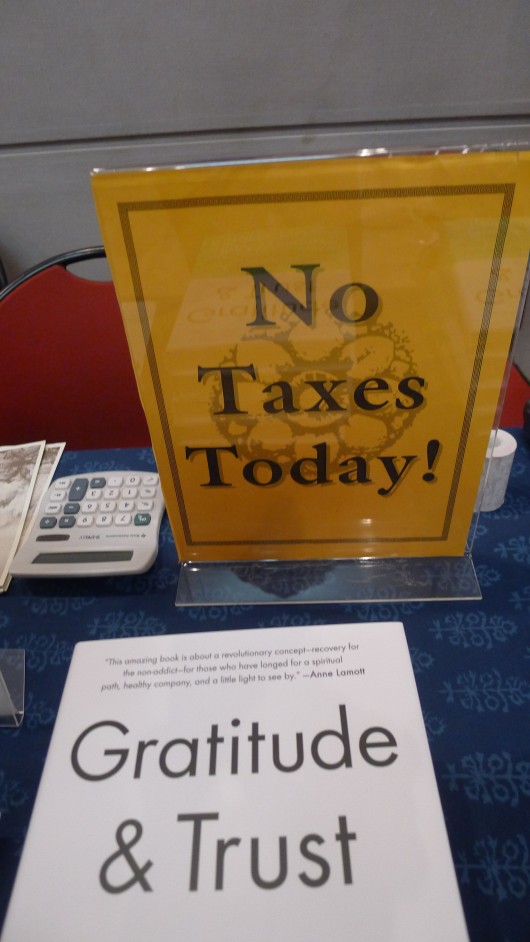 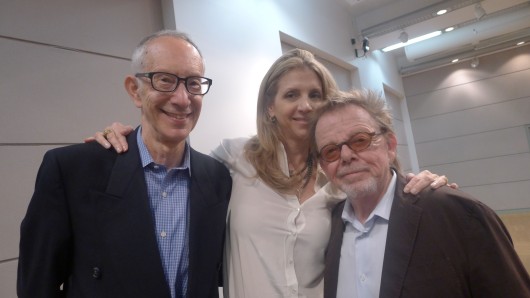 With moderator and author Ira Nadel. 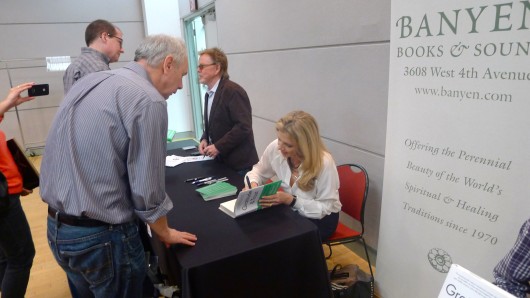 The obligatory we are signing shot. Banyen Books sold for us. Thank you Banyen.

Then we took a walk and found our book at Chapters the biggest book store up here. Always a good thing!