THE SPIRIT OF THE EXPERIENCE 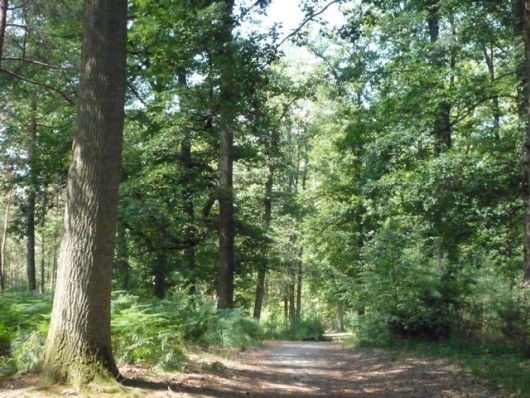 The morning felt delicious, as did the liberating thrill of pedaling a bike out of Paris to the woods. For the past two weeks I had been imagining myself beneath a canopy of shimmering poplars, drinking in their green brew.  And now here we were, on a family bike outing, a picnic lunch in our backpacks, the weather clear and warm.

We got on the bike path, a block away, and rode up to the Parc de la Villette, then under the ring road to Pantin, where my son’s bike came to a sudden stop.  Upon inspection, we found the fender was irreparably broken and now hugged the wheel impeding its movement.  Why we hadn’t caught this problem earlier I can’t say; now it seemed we had no choice but to turn around and head back.

“Wait…I know…let’s get a Vélib city bike…?”  I suggested.

My husband didn’t look convinced.  We were in the suburb of Pantin, where there were fewer Vélib stations.  Undeterred, I headed up the street and lo and behold spotted a Vélib stand with a full row of bikes.  Problem solved.  We left the defective bike attached to a tree and got back on the path.

As it turned out, the Vélib bike was heavy for a twelve-year-old, difficult to pedal and ten minutes into the ride, my son lost control, swerved into the next lane and crashed.  Fortunately he escaped with only a few scratches.

After this accident came a string of calamities: the chain on my bike came off and had to be reset, only to fall off a second time on a bridge where we flagged down a passing cyclist who lent us his wrench; the wrench broke as we attempted to loosen the bolts, then, after much labor, my husband finally got the chain reset, but in the next breath one of the link pins broke rendering the chain useless.

We all sadly agreed we’d have to head back to Paris, now seven kilometers away.  I suggested my son and husband ride up ahead and wait for me at a nearby park where we’d have our picnic and figure out what to do.

I walked the bike feeling light-hearted, despite the overwhelming evidence this bike ride was a flop.   Inwardly I remained attuned to the forest.  All the outward “signs” suggesting the forest wasn’t going to happen, rolled off me.   I indentified with the spirit of experience, with the feel of the forest as I imagined and desired it — its cool shock of chlorophyll, the tang of fermenting leaves, the dry depth of pine.  I knew I would get there.  I didn’t concern myself with how.

My posse was waiting for me at the edge of the park, near a water fountain, filling up our bottles.

“Look!” I said to my husband, pointing to a bike rental stand just a couple feet ahead of me.  The owner was pulling the last bike from her trailer; the others, all apple green, were lined up in rows according to size.  My husband met my suggestion to rent one with a firm no; as far as he was concerned our fated outing had reached its end; if we pushed our luck something worse was bound to happen.

I knew this wasn’t true.  I insisted.  If ever there was a sign we should continue this was it – a bike rental stand opening up just as we arrived.

We rented a green bike just the right size for my son.  I left my broken Motobecane there and rode the clunky Vélib.

A half hour later, we reached the forest.  It was beautiful and slightly unreal as in a fairy tale, appearing out of nowhere between two suburbs.  We took a narrow oak-lined path and rode until we spotted a site for our picnic.

We spent several hours roaming the woods, even happening upon a chalet-style buvette where we had espresso and ice-cream.  That I’d have to walk my bike seven kilometers to the city from the rental stand occurred to me, but I really didn’t care; the pleasure of savoring an afternoon in the forest was worth the inconvenience.

It was four o’clock and hot when we reached the bike rental stand.  The owner seemed pleased to see us – business was slow and her crossword puzzle looked heavily pen trodden.   After I paid the bill she went to get my bike explaining:  “You should be able to ride it home without any problem. I fixed it – I had the time… I’m actually a mechanic.”

Now, the chances of finding a French woman renting bicycles in the middle of nowhere who also happens to be a mechanic, are, I think you’ll agree, rather slim.  I rode back to Paris on my repaired bike, the day infinitely better than I had hoped.

So what is it you are hungering for today?

I suggest you try this: Connect with the spirit of the experience you desire and let it do its magic.  Surrender.  Stay present to the pleasures of your yearning.  Do not get fooled by appearances.  And most of all, trust.

ANNE MARSELLA, Paris-based writer, has written and published in both English and French and is the author of the award-winning collection of short stories, The Lost and Found and Other Stories and three novels.  She is the founder of L’Ecole des Femmes, a creativity workshop designed to ignite and empower women in all aspects of their lives.  You can visit her website at http://www.annemarsella.com and subscribe to her newsletter at http://tinyletter.com/Ecole-des-Femmes