SOMETIMES THE CAT YOU HAVE TO SAVE IS YOURSELF 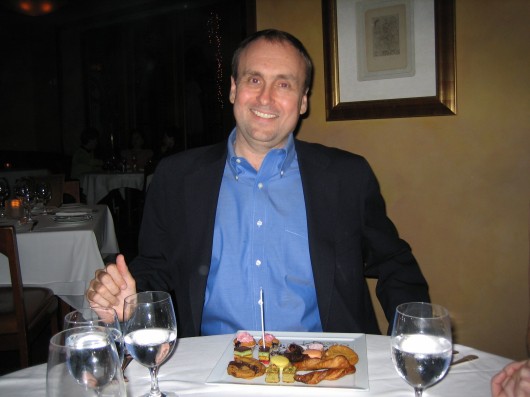 In his best selling screenwriting series Save The Cat author Blake Snyder declared that the only way an audience will ever have empathy for a character is if he saves a cat.

Now “saving the cat” can mean many things. In the most literal sense it is that moment in a story when the hero, no matter how shady or unlikable he could be at that point, climbs a tree and saves a cat. Thus proving to the world and in some instances to himself that he has a good side. He understands right action and he is willing to endanger his own life to save something small and helpless.

Saving the Cat is a valiant action. But there are some instances where the cat people have to save is themself.

Having been Blake’s oldest and closest friend since we were two years old, I believe that Blake learned about saving the cat by saving himself.

In the book I have just written with songwriter Paul Williams, Gratitude and Trust – Six Affirmations That Will Change Your Life, we offer a set of guidelines that allows people to in fact save themselves from themselves. We believe we are all addicts of some sort or another and the first step to being healthy starts with the affirmation Something Needs To Change and It’s Probably Me, thus taking the first steps towards saving the big cat – US. Because without being healthy and whole ourselves we are unable to be the hero in any story starting with our own.

Blake as many know is sadly gone now. He died suddenly at the age of 51. But he died having fought a very brave battle, a battle he won – The battle of alcohol addiction.

Blake was a rigorous, devoted believer in recovery. I dedicate the book to him.

Blake had a lot of talent crammed into one body. He experienced early success. He also battled some wicked demons. At one point the demons looked like they might win. A cat needed to be saved and that cat was Blake.

I think part of my love affair with the recovery process stems from watching how it transformed my beloved Blake.

Though at the time I could not have identified it, Blake presented typical addiction behavior. There came a time when he would just now show up. He would make appointments and never call and cancel, he just failed to be there when he said he would. He disappeared for months on end. He didn’t answer calls. He isolated himself from the people he was letting down. I know that now. At the time I chalked it up to being rude.   I felt he had gotten cocky, as he had achieved a boatload of early success.

He had a run where he was the king of the spec script market, selling one after another for high six figures. But with that the demons started really battling with him.

When addicts get to that place the bystanders in their lives are pretty helpless. There a few stances we can take. Sometimes we think we did something wrong, that was often my fallback position, which had to do with my own demons. Sometimes we just go hell with it and walk away. Sometimes we don’t know what to do so we do nothing and hope it gets better. Sometimes we pray.

Because at that point we cannot save that cat, that cat has to save themselves.

There came the time when that is exactly what Blake did, he saved the most important cat he could – Blake.

And with that newfound freedom and vigor and gratitude he went on to write Save The Cat. Is the name an accident? Looking on it now I think not. Not at all.

Blake also understood something we feel strongly about – that the best way to live your life is by giving to and helping others.

Blake did this not only by aiding others in their recovery, but by taking his deep, ironic, brilliant understanding of how screenplays work and sharing that with the world.

Five years after his death people continue worship his books. Every day, all over the world people are given encouragement, guidance and lessons through the work he left behind.

The stories of his generosity are legend. He would stay up late into the night talking to people he didn’t know, helping them figure out how to fix their screenplays. He left behind friends he never met but felt connected to him through his endless acts of selfless kindness.

He believed in people’s dreams, which in turn helped them believe in themselves. Through this process Blake Snyder went on to save many cats.

I firmly believe that it was the foundational principles he found in recovery that allowed him to live the last decade of his life teaching, guiding, mentoring and giving to others. Saving cats all day every day, as he vigilantly continued to save himself.