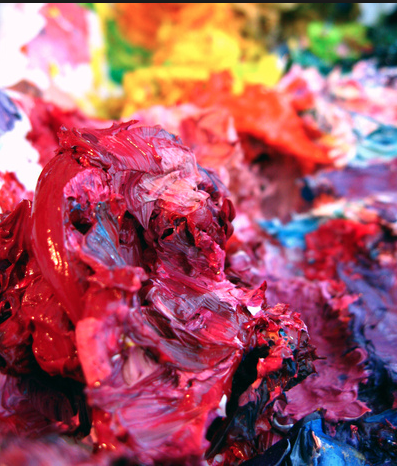 My grandmother has been dead for close to fourteen years, but I can still hear her demanding, reminding, pleading with me to slow down.

I do everything at a break net speed. Ask anyone who knows me,  they will tell you I motor through life.

I write fast,  so fast Paul says smoke comes out of the keyboard. I eat so fast I tend to choke on my food. I can get through a store as if I was a finalist on The Price is Right.  I whip my hands around so quickly my nails are always breaking. I speak so rapidly I practically need a translator.  My heart beats a thousand times a day more than the average person.

It’s a good thing I stayed away from drugs; me on cocaine or uppers would have led to a trip to the moon without a rocket.

The part she was right about was slowing down.

It’s a foundational part of any form of life change.  A day at a time . An hour at a time.  Be in the moment.  Do what you are doing while you are doing it.

The Buddhists do moving meditations. They focus on nothing while they are moving, proving that the movement can make you as still as  just sitting. The point being just do what you are doing and don’t be racing to the next thing while you are doing it.

Now I could be mixing up Buddhist philosophy with my grandmother’s catastrophic thought patterns, but the essence is the same.

While my inclination is often to speed through everything, the older and more mindful I try and get, the more I am aware of slowing myself down.

It is work for me. But the rewards are great.

Just this evening,  I was making dinner. I found myself racing through the  preparation of the salad dressing.  I was pulling things from the cabinet, so of course something fell and spilled, then I was trying to pull off a twist off lid.  I could feel my extra heartbeats building up.  So I just stopped.  I did what Lori Deschene of Tiny Buddha tells me to do, I took three deep breaths and thought “what on earth am I racing towards?”    What is more important in this moment than just making the salad dressing?  Slowly opening the mustard, and actually smelling it.  That’s right, stop and smell the mustard.  Mustard smells really good.  It’s also calming.  It is certainly more calming to smell it than to spill it because you are rushing to grate the cheese. Then just whisk it, leisurely, watch it unite  with the oil and vinegar, be in the moment of the salad dressing.

I know it’s mindfulness 101. Live Your Life Blissfully for Dummies, but it is something we forget to do as we gallop our way from task to task.

I really enjoyed making that salad dressing as opposed to it being another chore on my list of jobs to turbo through to get to the next one.

I must stop myself twenty times a day. Chew your food slowly Tracey, enjoy each bite.  It tastes better and you also eat less.

I must slow myself from typing too fast.  That sentence, I just typed it very deliberately.  It was fun.  It was almost meditative. And I didn’t have to go back and correct five mistakes.

My heartbeats were calm and steady.

And this is always the big lesson in slowing down, you not only enjoy what you do, even the most menial of tasks, but you do them better, more efficiently, with a hyper-awareness, that allows for maximum productivity. Your mind is on what you are doing now and not on what you will be doing in one hour or three days from now.

So, as usual, grandma was right.  SLOW DOWN before you run into the wall and get a concussion, or just drive yourself crazy.