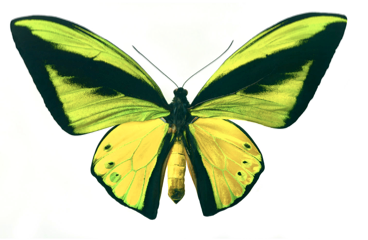 The About Me section is my favorite. I have flirted with the idea of penning my password list—a seemingly poignant depiction of oneself—to realize my middle school obsession with American Idol star Ruben Studdard could be slightly misleading.

On more personal forms, I would fill the About Me space with the words “like a butterfly”. It became second nature. So much so that I forgot how I had even come up with it in the first place. Yesterday, at around 9pm, I remembered exactly why, and fell a bit in love with my pre-teen self—and Eric Carle.

My mom likes to say, if something isn’t working, it’s probably you. It took years of banging my head against the same brick wall I kept re-acquainting myself with to begin seeing how god damn right she was. How is this related to an overweight pop star with a 5-minute career, computer passwords and a children’s book about a caterpillar? I’ll explain.

One of the most pointed hurdles we meet as young adults is the absolute dichotomy that exists between what we think we know versus what we actually do. We think we have the answers. We think we are the best person for that entry-level position, for that spot in the graduate program, for the promotion, for the boy, for the girl, for the loan. We often oversell ourselves to ourselves concerning where we feel most confident. {i.e.—you may not believe you’re the most attractive person pounding the proverbial pavement but dammit you’re one of the smartest. You may not be entirely convinced you have maximized your $200,000 education but you’re beautiful and kind and by golly he should fall in love with you.} The narratives vary, the pulse remains: we latch onto the details, fixating on how and why things look the way they do in a particular situation, as opposed to asking ourselves: what can I do to rally my dormant potential? What about myself don’t I admire—and then sit with it for some moments before falling upward.

Why do we do this? The better question is, how could we not? We have spent twenty some odd years working within a quantified space, with pronounced requirements, and a clear light at the end of the tunnel; a light in the shape of anything from a diploma to sex. When we know what we have to do to achieve something specific, that unless we fuck up entirely we will accomplish it, we get ‘er done.

What happens, though, when you have secured your confidence in one area and in another, feel completely lost? Or, you have never gone unrecognized for your work and suddenly you’re finding it difficult to get a response from a new external source. You don’t sit there saying: they’re making the biggest mistake of their life. You don’t shriek: fuck nepotism. You don’t cry: it’s not fair. Why not? Because they’re not making the biggest mistake of their life, nepotism exists but the job you’re meant to have will be yours and the universe doesn’t employ the word fair in its vernacular. Instead, you humbly accept that it is you that is both the problem and the solution.

It is in this internal forest fire that we prevent ourselves from escaping our cocoon. It isn’t time that’s preventing us, it isn’t another’s approval or disapproval, it is quite literally us. Like a butterfly, we have no concept of how different we will look—our life will look—once we do the tough stuff with no clear end in sight, no precise concept of how it will benefit us and in what shape it will appear. Once we accept this and persist in doing right by us, time will do its thing. We will only accept that which we rightly deserve because we did the work, with no definitive trajectory in mind.

We know there are evils in the world, that people we trust will disappoint us. We learn our expectations must reside within ourselves. Suddenly, once specific expectations are relinquished, the beautiful person hidden inside the cracked cocoon appears to the world as it knows it is. Clear as ever that the release was not contingent upon another’s permission, acceptance or approval.

That’s why I was a serial over-sharer for so many years; I figured, if I could turn myself inside out and show someone my internal landscape they would see what I saw in myself—what my parents saw in me. But I only believed it in part because if I believed it entirely, I would trust that someone who could recognize and appreciate those parts of me would and anyone who didn’t, had no place being there. So instead of writing a concise bio I felt like sharing the most personal list in my possession—my passwords—otherwise known as: dear random, hack my life. It seemed like a logical move. Thinking that skipping the beginning steps and then tattooing all one ever needed to know about me into their memory would somehow get me to that place I so wanted to be.

You don’t want the key to an unlocked castle. You don’t want something you haven’t earned, worked for. You want to enter each door, as you have earned the right to be there, and be the reason you’re there. You want the job you tirelessly secured. You want the lover who doesn’t need you but wants you and unless you are taking care of you, believing you’re of significant value, you will seek someone who settles for the rehearsal of intimacy, not intimacy in its truest form.

So, when you are given the key to an unlocked castle, don’t enter. When you feel rejected by the world, by a guy, girl or job, by a parent or a piece of clothing that won’t zip, be grateful that the universe cares enough to remind you that something needs to change. Be grateful you can see it as such. Each time you make a decision for yourself in the interest of long-term gain versus impulsivity, you will be rewarded. Maybe not right away. Actually, probably not right away Maybe not for a few months. But you will. The work we put into something is in direct correlation to its value. And if there is anything in this world valuable enough to work on: hell, it’s you. 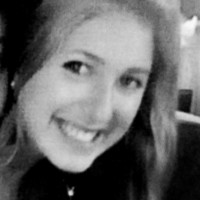 Taylor Templeton recently graduated from Emerson College with a degree in marketing.  She has worked in the publishing and marketing worlds as an intern for the last four years.  She is a passionate amateur photographer,  a voracious reader and lover of coffee. She starred in the 2008 documentary Lucky Ducks. She works for Writer’s House in New York City.