IF THEY ONLY HAD A HEART 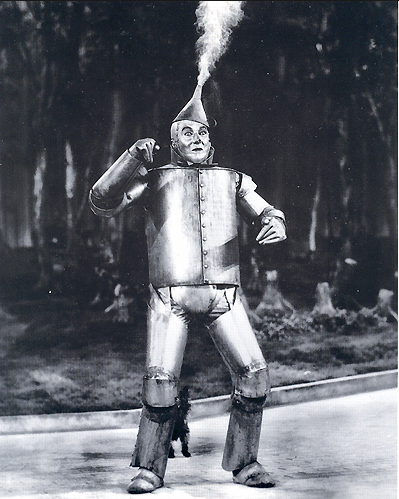 When a man’s an empty kettle

He should be on his mettle

And yet I’m torn apart

That I could be a human

I’d be tender, I’d be gentle

Regarding love and art

I’d be friends with the sparrows

And the boy that shoots the arrows

And really feel the part

I could stay young and chipper

And I’d lock it with a zipper

People who know me well will be surprised to see me quoting anything from The Wizard of Oz.  It’s one of the few films I turn away from whenever it appears.  I cannot listen to Somewhere Over The Rainbow without breaking into tears. But that story is for another day.

The last several days the lyrics to this keep reverberating in my head, and for the first time in four decades I do not shoo them away. I invite them in. I hum them. I even Googled them, read them over.  And posted them here.

They contain  a profound truth, sadness, and self-awareness.

One never likes to say OH THEY DON’T HAVE A HEART.  It’s not an expansive, loving, optimistic worldview. And perhaps, though I don’t believe it, it might not belong on a site called Gratitude and Trust.

But the truth is there are people, who while they may have a muscular organ pumping blood in their chests, they don’t have the essence of a heart.

They’re not “tender” They’re not “gentle.”  They’re rarely “sentimental” – unless it happens to be about them.

They often lack what the rest of us consider emotion and devotion, though they can often conjure up jealously.

They are, as the song says an  empty kettle.  And sadly they are all around.

And for those of us for whom this way of being is so very foreign we continue to dig for the, passion pumping organ in those empty kettles.   We are forever let down; disappointed and dismayed when the simplest act of emotion or devotion is not rendered or returned to us, or freely given to others.

How many have tried, tried with all their might to connect to someone whom for whatever reason, would be so there, if they only had a heart?

How many of us have had our own hearts broken, dented and dinged by trying to get those empty kettlers to walk over to the faucet and fill their kettles with love and emotion?

Is it their fault?  Are they damaged or do they allow this life paralyzing condition to linger on and refuse to do anything about it?  I think it’s a little of both. I believe it’s a situation of each case has its own rules and reasons

I know for those who continue to stick that empty kettle on the stove in hopes that some water will bubble, some emotion will swoosh out like steam, some devotion will be poured into a waiting empty cup, it is most a useless exercise. One where you get burned time and time again.

When you write movies – there is a rule, you plug in a formula—

How far is fill in the character’s name willing ——– —- to go to get what he wants.

In the Wizard of Oz, The Tin Man was willing to go to the Wizard because he knew how much better his life would be “if he only had a heart.”

He won in the end. But first. he had to own he didn’t have a heart.

Something needed to change  and it was him.

I do believe a heart beats inside us all.  But for those with the faulty ones, they have to want what a beating heart provides, emotion, devotion, connection.  They must understand what a better place life is when we are tender, gentle, sentimental and friends with the sparrows.

While it’s hard for those of us in relationship with the Tin Men of the world, think how much harder it is to constantly be the owner of that empty kettle.