HOW TO KEEP CALM IN THE FACE OF CALAMITY 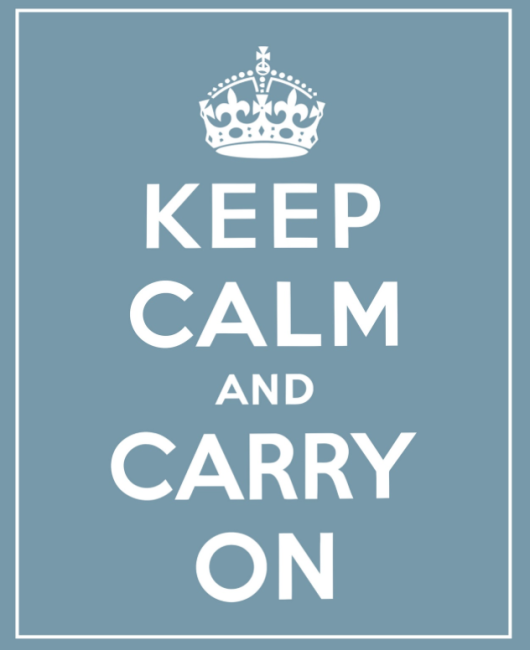 I sit here writing this, about to write this, trying to write this and at the same time remain all grateful and trusty while I do it.
I am grateful and I trust in many things, but the world now is in a crazy effing place. It’s totally insane if you ask me. I don’t know that the world has been exposed to such demonic behavior since the Holocaust. Well, indeed demonic behavior has been in the world, sadly genocide and the abuse of humans goes on all the time and always has.

But is has been in isolated areas, it hasn’t swept into the entire Western World. All people on the planet have not been exposed to the mindless murder and constant threat of a totally uncivilized and blood thirty people in the name of religion since the Crusades. We might as well have turned the clock back to 11th century here. The 11th Century with access to Wifi and social media.

How do we move forth in relative calm when we are experiencing what can only be called a global war brought about by unreasonable and uncivilized beings? I’m sorry if that is harsh. But like most people I’m fed up.

How do you live in world, raise a family, remain centered when every other day you are faced with the news of some new atrocity being inflicted on the innocent?

There are so many questions we all have and there are so few answers.

My biggest of the week is why our government did not send a proper representative to the rally in Paris? Who is minding the store? How did the French keep such a tab on these terrorists and then drop the ball?

The world has been dealing with endless global terrorist attacks since 9/11. But it has gotten much worse of late.

In the last several months alone we saw 17 people being taken hostage at a chocolate shop in Sydney to the 2000 who were slaughtered this week in Nigeria. We have been viewing far too many videos of innocent people being beheaded in the most violent of ways. OK, how can you be beheaded in a sympathetic or passive way? And then this week we had the killings in Paris.

The message is you can be anywhere at any time and it may be you.

I don’t mean this to not sound trusting or embracing or grateful or to sound angry and/or paranoid, but it’s just the truth. And anyone who does not experience it or feel it or feel affected by it is likely in denial or just operates on a type of autopilot that is perhaps admirable, or at the very least self-protective.

What happened this week in Paris tipped something? Was it Paris?

Every day in Africa they kill and slaughter their own. So it’s not just the bodies, though the bodies are earth shatteringly sad. They tied a bomb on a child in Nigeria yesterday and let her explode in a market. It’s savagery at such a painful level.

They tried to take away our free speech. Something they don’t believe in. Did Charlie Hebdo the magazine that was attacked take it too far? That depends on your point of view. In our world you can say pretty much anything you want about anyone. You may get ridiculed but you won’t get killed.

That is not the case now.

So, the world is on high alert and most people are experiencing a higher than usual amount of anxiety.   What do we do? How do we remain calm at the center of such a turbulent storm?

We do have to live our lives. I think it’s healthy to experience anger, sadness, frustration and any other emotion this brings up. I don’t believe in acting on them. I believe in observing them and giving them their place. I was sad all weekend. I let myself be sad. I was worried about my friends who live in Paris. I was worried more than usual about my kids.

I took time doing simple things. I got up earlier than usual, skipped the gym and made my daughter French toast on Sunday. I had CNN on in the background, but something simple like dipping bread in egg for her brought me a sense of calm and being in my moment, my domestic life and I appreciated and embraced that moment. One can find happiness in the simplest of acts. Taking care of her seemed more important than usual.

And we could tell she was anxious, she came home earlier than her curfew on Friday. She chose to spend most of the weekend with us. These things are impossible for kids to make sense of – so they stick closer to home base.

We have to live our lives. If we stop doing things then they have won. And that is what they want. They want to bring the West to their knees.

And we can’t let that happen. We live each day. We grab it and hug it and appreciate it. We give to others. We live in love and service.  And we hold tight to I don’t know how to do this but something inside me does.

Sadly right now there is an evil brigade that has and is gathering momentum.

Stay focused, be alert. Enjoy each moment. Feel the feelings you need to feel when the crop up and pray for a time when something happens and this particular brand of terrorism is brought under control or leaves.

In the meantime we remain in gratitude and trust.