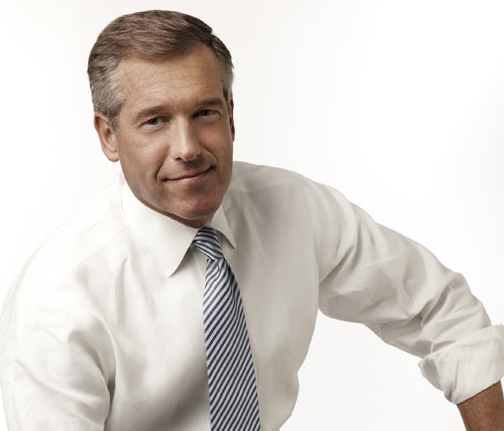 The news isn’t bad enough these days. We are faced with ISIS burning innocent people alive and chopping off heads like it was the 15th Century, only now they get to immediately upload images to You Tube, for that 21st Century dopamine rush of cyber induced instant gratification. We have Russia falling, currencies crumbling, daily genocide in Africa, and other parts of the world, and then the usual abject poverty, murder and mayhem that is sadly part of life.

And then…then we find out one of our most popular, actually, by ratings and revenue, the most popular newscaster, the person we trust to tell it like it is and make us feel as secure as we can be, has been lying to us for what looks like twelve years. And not just kind of not been telling the truth, but when you read the reports, what started out as a little fib and slight omission has snowballed into a colossal balls out, crazy assed lie. And he does it at a really bad time. Not that there is a good time to lie. If you are America’s number one newscaster I don’t think there is ever a good time to lie, especially about the news and your participation in it.

There are so many layers to the story. The length of time it’s been going on. How far it’s reached into other parts of his professional  life. The fact his network refuses to  even mention it. Yesterday every major news station covered it. It was a big story. Except NBC who used a baby seal story to fill the air time. So how do we now trust the Network now?

What I want to know is why lie? That is something I always want to ask people who lie. Why did you lie?

There are situations while they don’t require a lie, life would certainly go more smoothly if the truth were not known.  And then is it a lie unless you are actually asked the question?

“What did you today?” (a day when you slept with Vicky) “Same ole, same ole.” Not exactly a lie, but an omission that has all the ear markings of a lie to come.

Then there is flat out announcing something that is not true and repeating it time and time again, even if you are not asked.  And that is sadly what Brian Williams seems to have done.

Brian Williams embellished a story that was already gruesome enough, to make himself a sort of war hero. And then you go – Why? Why did you feel the need to do this, Brian? Did you not have enough? Are you not kind of dissing the guys who actually got shot down fighting and your fellow newscasters who either lost their lives or were permanently wounded due to being in combat? Think David Bloom, Bob Woodruff, and countless others.

For those of us looking in, and we never know what goes on inside of someone else’s psyche or life.;  Brian Williams seems to have it all, or as much all as one guy can seemingly get in a lifetime. That’s always what makes these things the most cofounding. Here he has the best job. Good looks. Solid home life for all we know. Successful kids. Money.  So what is missing – A brush with death? A cool the war almost did me in anecdote to share when he goes on Letterman?  Does he really need to look cooler than he is? Cooler than whom? Why is always going on chat shows to begin with? Anchors are not supposed to be the news, they are supposed to report it.

Clearly, the little guy who lives in his head is clearly not the big, handsome famous guy we see on the nightly news.
And that is something we can all relate to. The person we think we are compared to the person the world thinks we are.

In the end one can only surmise the little guy in his head let his ego drive the bus, and when you do that the bus always crashes. Egos bullied by loud little guys are very bad bus drivers. They veer into the lane of it’s all about me, The truth does not matter is their bumper sticker.

They tend to ride shot-gun with poor self-esteem shouting the directions. Ego uses fear often times as its GPS. Ego also many times believes its own press, if it’s an ego that gets press. Ego can be fiercely competitive and will then do what it can to one up its competition.

So people strive to have what appears to be it all. And then when those who appear to have it all clearly don’t it is truly confusing.  What really matters in life?

An inner calm. Acceptance and peace with who and what you are.  The ability to make every attempt to not let your ego drive the bus, but live in gratitude and trust. Trust that you are enough, trust that you can make the changes you need and the courage to face yourself head on and see where changes need to be made.

The truth, being able to tell it, own it, accept it and deal with it.  If you’re a guy pumping gas, a woman who just lost her job or the number one newscaster in America, without truth you end up living life in the shadows and eventually the shadows take over and darkness befalls you.

I feel kind of sorry for Brian Williams.  He is clearly a very empty guy if he had to color his life in many shades of deceit in the hopes we would like him more.  I used like him very much the way he was. Now not so much.