DOING OUR THING IN DENVER

One day in Denver. Well, kind of two. We both got in on Tuesday. Poor Paul had serious delays. He could have flown to India in the amount of time it took him to get from Nashville to Denver.  But he remains the good sport. No complaints from him. That’s what Gratitude and Trust does for you.

Life on the road; people think it’s glam. And you know it’s fun. It is.  But there are a lot of hotel rooms and waking up in the night and not knowing where you are. It really does take a moment to get your bearings sometimes. I can’t tell you how many times both of us push the wrong floor in a hotel, which is usually the floor we were on in the last hotel. Then you are arguing with some door wondering why it won’t open, only to remember, right, you’re on 8, you were on 4 yesterday.

Thursday morning started really early, like in the middle of the night almost. We had to drive to Aurora and to do a live interview with Angie Austin for the DayBreak Show USA.  Daybreak means daybreak.  Great interview. Fun gal. If you have to get up at 3:50 to go tape a show you need a pepper pot to greet you when you get there. And that she is. Full of life, laughs and penetrating questions.

We then jumped in the car to get to The Peter Boyles Show for a one hour, (but he kept us longer) live chat with the awesome Peter Boyles.  Peter has the number one morning radio show in the Denver area. And it’s true.  Our reading that night was packed with people who had heard us talk on Peter’s show. And they said, “if Peter says it’s a good book we show up.”  Thank you Peter!

By the time we had finished all that it was only 8:45 am.  So we grabbed some breakfast with our Denver book tour escort Lisa Maxson. We usually it on our own, but we had so many places to go, they hired Lisa to help us and did she!

After some good Denver omelets we signed stock at a few Barnes and Nobles. Signing stock means you go by the bookstores and sign how ever many books of yours they have in stock. It’s a good idea to call ahead.  Lisa did that, as if they don’t have any of your books – it can be embarrassing.

By the time we got back to the hotel at 11:30 we both retreated to our rooms and took naps. I slept until 1:45. Something I never do. I woke up just in time for our live to tape  interview with Stacey Gulandi for the The Woman’s Eye Podcast.

Paul now has the distinction of the being the first male on the show. I kind of did that one from my bed. Not sure where Paul was when we were talking to Stacey. But the show will air next month on www.thewomenseye.com and we will let you know.

Paul then said let’s hit the gym. Which is actually the kind of thing I usually say first. I was sort of hoping he would not suggest this. But if anyone around me goes to the gym and suggests it, I follow. So we did and felt very self righteous for it.

We walked half a block and rewarded ourselves with tea. And the made it back to do a live phone interview with Chad Peterson. Loved Chad. We loved everyone.  But Chad came to the reading as well!

Every one we talked to was just terrific. All had read the book. All had great questions. And you know that is the case when you are on your fourth interview of the day, live and you still have the energy and enthusiasm to stay in the zone.

Six-thirty pickup for our seven o’clock reading and signing at the famous Tattered Cover. What a bookstore! Just amazing.

Derek Holland who runs events did such a wonderful job. I think he gave us the best intro anyone has. Thank you Derek. And the reason I am not showing the photo we took is I’m really vain and I looked really fat. But we loved you and thank you for giving us a great event.

It was extra special for Paul as his daughter, Sara and her fiancé were in the audience, as well as some of his longtime friends.

Denver over and out. We were up early and at the airport. Now it’s one night in LA. Paul is home and tomorrow we head to Palm Springs. It’s tough work, but somebodies got to do it! 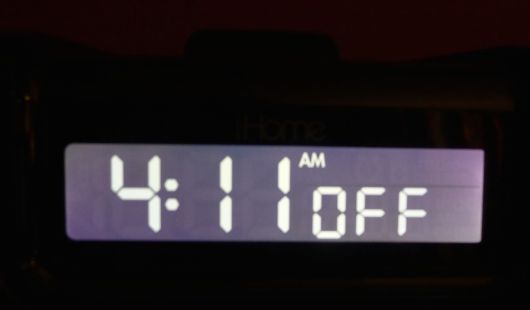 This would be when I had my first cup of coffee.

How to be grateful in the moment, when the nice man brought this to me, I thought how early must he have gotten here so he could work the late shift and bring this to me with a smile on his face. 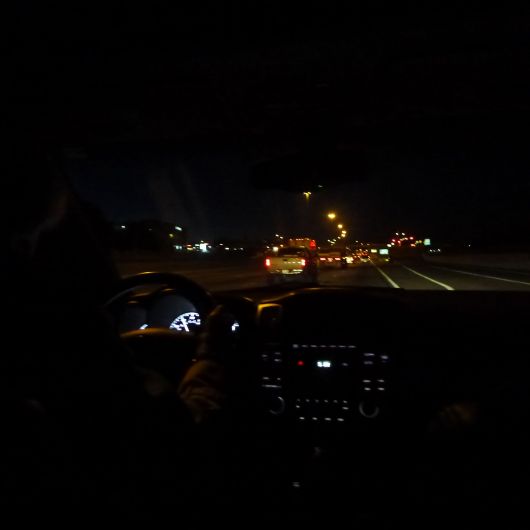 What it looked like out when we got to the studio.

Radio Host Angie Austin doing her thing. She is working it and it’s early. She gets up at 3 am!! 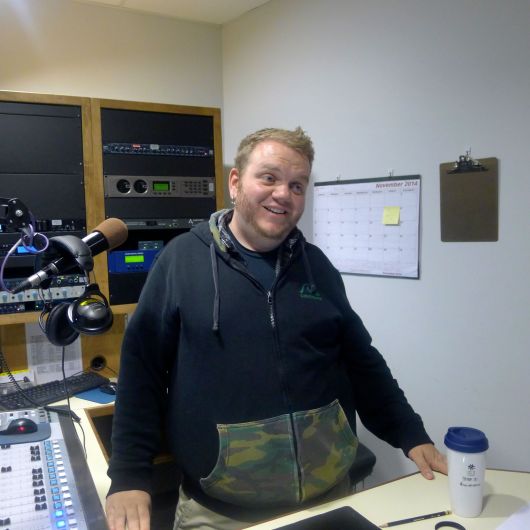 This is Moose Ahlstrand he runs the  controls and I think helps produce it. 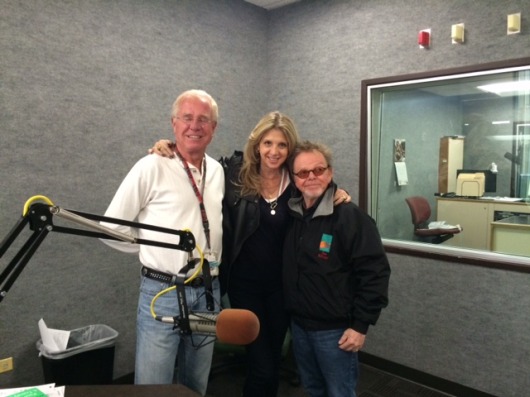 The control room at Peter Boyles. Casey Bloyer at the controls.

Starbucks stop. I know this is a terrible photo. But it’s all I have. I was kind of tired by this point. 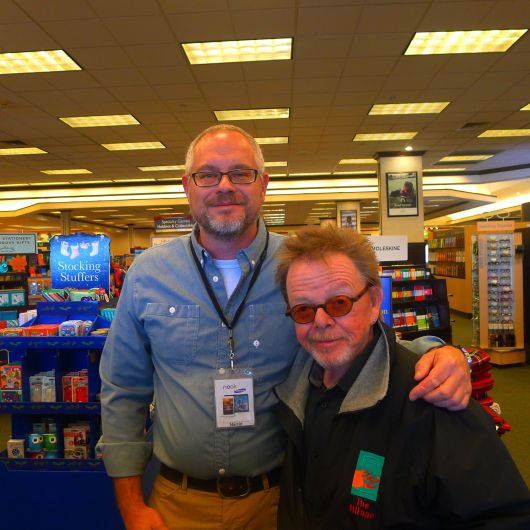 This is Martin at Barnes and Noble.

Better beverage shot. The tea we had in the middle of the day. 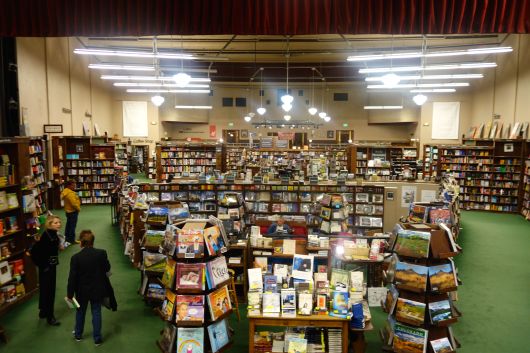 Tattered Cover. One of the best bookstores in the country. And that is just a small bit of it. You see Paul walking with his book?

This is Michael Varanado and his son. They drove ten hours round trip to come spend one hour at the bookstore. Thank you guys. You have no idea what an honor that is for us. 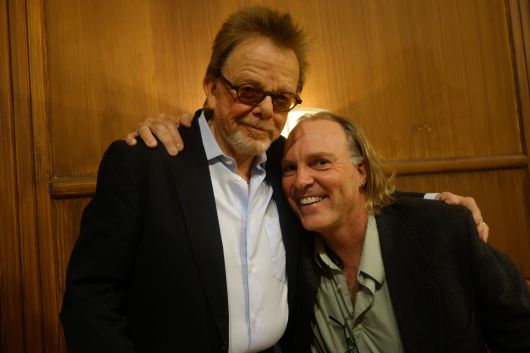 Now I know this is not very Gratitude and Trusty, but there are not very many photos of me in this story. I trashed them all cause I looked fat.   Then I took a selfie to make sure I didn’t look like I did in all the photos.  We may be full of gratitude and trust but we are human. 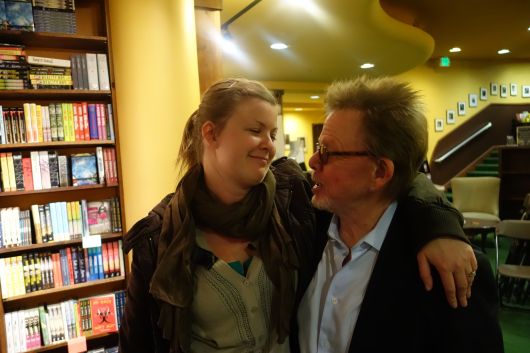 For those of you new to the blog. Many new people have signed on this week. This is not the way we normally blog. Only when on the road.